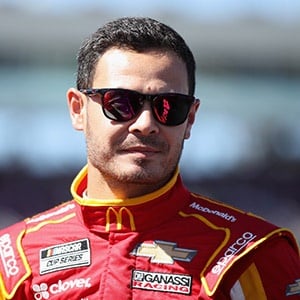 NASCAR team Chip Ganassi Racing sacked Kyle Larson on Tuesday, a day after sponsors fled the star driver over his use of a racial slur during a live streamed virtual race.

Larson was in his seventh Cup season with Ganassi and was expected to become one of the popular stock car series' most sought-after free agents when his contract expired after the 2020 season.

Instead, he is in NASCAR wilderness.

"After much consideration, Chip Ganassi Racing has determined that it will end its relationship with driver Kyle Larson," the team said in a statement.

"As we said before, the comments that Kyle made were both offensive and unacceptable especially given the values of our organization. As we continued to evaluate the situation with all the relevant parties, it became obvious that this was the only appropriate course of action to take."

The team had already suspended Larson, as had NASCAR. Sponsors McDonald's and Credit One Bank moved Monday to terminate their relationships with the driver.

Larson himself offered an abject video apology on his social media platforms on Monday.

"Last night I made a mistake and said the word that should never, ever be said," the 27-year-old said. "There's no excuse for that."

Larson offered apologies to his family, his coworkers and the African-American community.