Rosberg defeat was 'turning point' for Hamilton's rise to the top 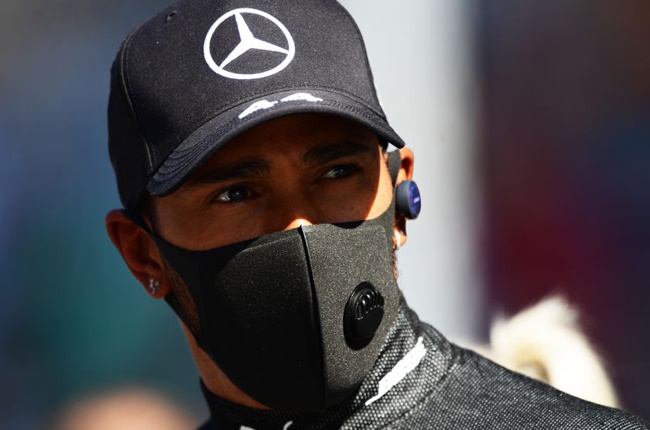 Lewis Hamilton's rise to become one of Formula One's greatest drivers of all time was turbo-charged by his 2016 drivers' championship defeat to team-mate Nico Rosberg, according to Mercedes' ex-technical chief Paddy Lowe.

Lowe, who was on the 'silver arrows' pit wall throughout that turbulent season, believes the intense rivalry between the two former friends drove Hamilton to eliminate his weaknesses and become "unbeatable."

This weekend, at the Portuguese Grand Prix, six-time champion Hamilton has an opportunity to prove his supremacy by claiming a record 92nd career win, moving clear of Michael Schumacher's 14-year-old record of 91.

For Lowe, the year he was beaten by Rosberg was the turning point - a season that left him to reflect after a five-points loss by a rival who promptly decided to retire.

By rich irony, however, as Hamilton prepares to make F1 history, the German has this week announced he will return to confront him again by launching a team of his own in the inaugural Extreme E series next year, the Englishman having already declared he is entering with his own outfit.

"None of us are perfect," Lowe told the At The Controls podcast.

"And, whilst Lewis is an absolutely amazing and unique driver, he has his weaknesses.

"But at the end of 2016, I saw a turning point when he closed down one of those weaknesses in a significant way.

"He lost in 2016 against Nico - and Nico is a terrific driver and very deserving of that world championship, actually.

"He is the best match Lewis has seen, but I think the thing Lewis learnt from that was that he absolutely needed to be consistent and leave nothing to chance.

"Up to that time he had been a little reliant on his talent. There was the odd race where you could tell he wasn't 100 percent in the game.

"And what I've seen since he lost to Nico, in 2016, is that he now leaves nothing on the table at all at any race. That's really made him unbeatable."

Lowe said he believed Hamilton had already proved his eminence as a racing driver and earned great respect through his consistency and by accomplishing the effort required to win 91 races.

"You hear a lot of chat about Lewis being in the best car," he said.

"Apart from the point of beating your team-mate, which is really obvious, there is the other point of staying consistent and staying motivated.

"And just the sheer workload of achieving 91 victories is a feat in itself."

Lowe was technical director at McLaren, Mercedes and Williams during a Formula One career that started with Williams in 1993 and ended, up to now, with the same team in 2019.

We live in a world where facts and fiction get blurred
In times of uncertainty you need journalism you can trust. For only R75 per month, you have access to a world of in-depth analyses, investigative journalism, top opinions and a range of features. Journalism strengthens democracy. Invest in the future today.
Subscribe to News24
Related Links
Rosberg backs Bottas to catch Hamilton
Hamilton and Bottas say F1 no longer needs Friday practice
Mercedes positive virus test 'a concern' for Hamilton
Next on Sport24
WRAP | Hamilton's sub Russell misses out by a hair as Bottas bags pole for Sakhir Grand Prix