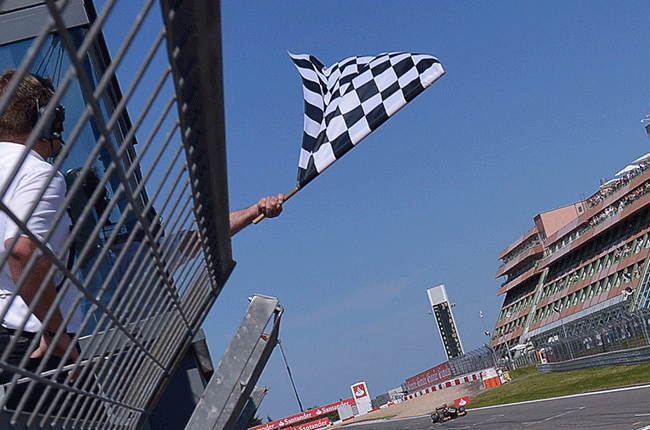 Drivers George Russell and Nicholas Latifi summed up the feelings of generations of Formula One fans on Thursday when they described the announcement of the Williams family's shock exit as a "sad day" for the sport.

Claire Williams, the daughter of team founder Frank Williams, revealed she would be departing her role as deputy team principal following the team's sale to US investment firm Dorilton Capital last month.

Both of the team's drivers pledged to continue fighting for the team and family name, making clear their unique legacy would be honoured as they, and nearly all former Williams drivers and staff and their competitors, struggled to absorb the news that spelled the end for one of the greatest teams in F1 history. Williams won 16 drivers' and constructors' world championships.

The departure of the Williams family also marked the end of an era for the sport as arguably the finest independent team exited, confirming in the process that modern corporate F1 is no longer a place for a family firm.

Frank and Claire Williams said they would end their connections with the team following this weekend's Italian Grand Prix at Monza where, with rich irony, their great rivals Ferrari may struggle to avoid competitive embarrassment.

"It's always going to be special that where I started out was here with Williams," said Canadian rookie Latifi. "They've given many drivers their first opportunity. The culture that has been cultivated here is going to remain the same - that's something that will not go just because Claire and the family are stepping aside."

That culture - quintessentially British, competitive, innovative and laced with the founder's dry humour - enabled Williams to progress from being seen as a quirky independent 'garagiste' outfit into serial winners, frequently beating major car manufacturer rivals including Ferrari, Renault and Toyota.

Only Ferrari, with 16 titles, have more than Williams total of nine in the constructors' championship, but like another great British team, McLaren, they have not triumphed in a Grand Prix since 2012 and finished last in 2018 and 2019.

Latifi and Russell were informed of the Williams' family decision to cut their links with the team and the sport shortly before Thursday's announcement, a late move typical of Williams' business-first style. The team that brewed the best tea in the paddock - and offered traditional British fried breakfasts - was never in any way sentimental.

"For me, personally, Frank and Claire gave me my opportunity in F1, something I am very thankful and grateful for and the opportunity to drive for such an amazing and prestigious team.

"It's sad to see the Williams family step aside, but the history of Williams will still remain under Williams Racing and we will continue to fight and represent the family name."

Frank's daughter Claire, who has acted as the de facto boss of the British team since 2013, said her departure as deputy team principal, following the team's sale was an appropriate move.

"With the future of the team now secured, this feels like the appropriate time for us to step away from the sport," she said.

"We believe now is the right time to hand over the reins and give the new owners the opportunity to take the team into the future."

Frank Williams, 78, began active competition in F1 in 1972, but did not establish the team that went on to win 16 constructors' and drivers' championships until the 1977 Spanish Grand Prix.

He and technical director Patrick Head formed a formidable partnership in the team's glory years through the 1980s and 1990s, overcoming the tragic setback of a road accident in 1986 that left Williams in a wheelchair and then surviving the death of Ayrton Senna, in a Williams car, at the 1994 San Marino Grand Prix.

We live in a world where facts and fiction get blurred
In times of uncertainty you need journalism you can trust. For only R75 per month, you have access to a world of in-depth analyses, investigative journalism, top opinions and a range of features. Journalism strengthens democracy. Invest in the future today.
Subscribe to News24
Related Links
F1 grid unites to approve 'milestone' deal on road to brighter future
Lewis Hamilton sweeps to record-breaking win in Spain
Vettel says 'I've been happier' but insists won't walk away from Ferrari
Next on Sport24
Inaugural Indonesian MotoGP delayed until 2022