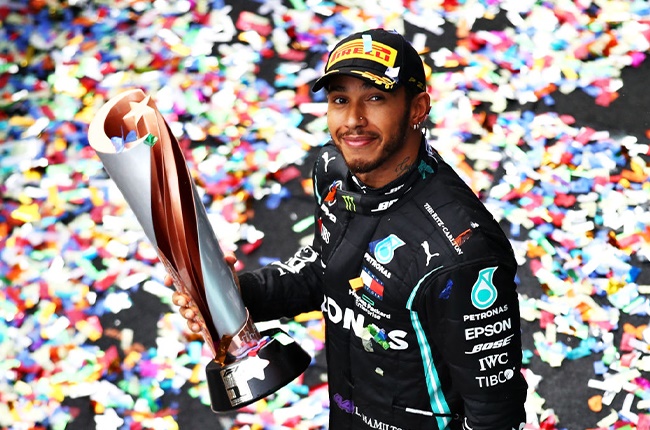 World Champion Lewis Hamilton is the latest F1 driver to earn a knighthood, according to a report in the UK.

The 35-year-old Briton was already an MBE, which he received for services to motor racing in 2008 after winning the first of those record-equalling seven world titles.

A report from the Daily Mail states that United Kingdom Prime Minister Boris Johnson has intervened to ensure Hamilton's knighthood was passed through by placing him on the 'Diplomatic and Overseas List'.

Sir Frank Williams and the co-founder of his F1 team, Sir Patrick Head, have also had the prestigious honour bestowed upon them.

Hamilton won the 2020 drivers' Championship by a massive 124-point margin from his Mercedes team-mate Valtteri Bottas, even though only 17 races instead of the originally planned 22 could take place due to the global health pandemic.

READ | Does Lewis Hamilton have a GOAT problem?

The Stevenage-born driver also had to miss the penultimate Sakhir Grand Prix after contracting COVID-19.

In addition, he has played a large role in helping Mercedes to win the constructors’ World Championship for the last seven years.

Although it has yet to be publicly announced that Hamilton has agreed a new contract, he is expected to remain with Mercedes for at least the 2021 campaign with the outright record for World Championship triumphs well within reach.

The Briton did, however, recently admit to Autosport that he is looking for a better work-life balance.

"I'm trying to find a balance. I like to live life day-by-day because you just never know when your days are up," he said

"And I've had people pass in my life who have said 'I was planning to do this and that and I ran out of time'. This year, I'd say more so than ever, there's been a huge focus on the present.

"However, yeah, I generally like to be forward-thinking – I'm so excited about what the future holds. But also, as I get older, I'm aware things take so much time to put in place.

"So if there's something I want to do, some things could take five to 10 years, maybe even more – I need to make sure I'm trying to strategically put the foundations in place now. But at the same time, [I'm] being present.

"I love my job, I love racing. [Even during] this difficult time, communicating with engineers and really trying to pick up on the nuances of what makes my sport and the technology we work with move.

"Everyone's on high alert with this whole COVID [thing] – the whole working environment has shifted. But at the core of it is racing, which we all love. And I'm so grateful I get to do that."

We live in a world where facts and fiction get blurred
In times of uncertainty you need journalism you can trust. For only R75 per month, you have access to a world of in-depth analyses, investigative journalism, top opinions and a range of features. Journalism strengthens democracy. Invest in the future today.
Subscribe to News24
Related Links
Does Lewis Hamilton have a GOAT problem?
Michael Schumacher was a more 'complete' racing driver than Hamilton - Rosberg
What we can expect from Formula One's top teams in the new season
Next on Sport24
Inaugural Indonesian MotoGP delayed until 2022