ASA on Olympics: If we're not going to perform, then we shouldn't go 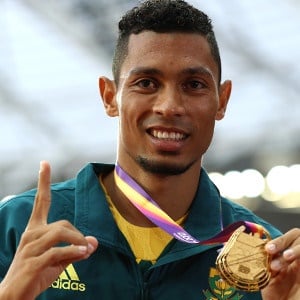 Cape Town - Athletics South Africa (ASA) president Aleck Skhosana has delivered his message loud and clear when it comes to the Tokyo Olympics.

Following their disastrous performance at the IAAF World Championships in Doha - at which South Africa failed to win a single medal - ASA is hoping for a better showing at next year's global showpiece.

Skhosana has made it clear that he wants more from an already injury-stricken athletic team, which includes 400m Olympic champion Wayde van Niekerk.

"The mandate is very clear. We must be able to win medals at the Tokyo Olympics," Skhosana said in a press release on Thursday.

"We want even more medals than we won in Rio in 2016  and we want our athletes to be ready, especially in the sprints, the relays and the jumps. Some athletes are injured but they must come back and do what they are supposed to do."

Skhosana was candid in his response and stated that he does not want to send people to Tokyo if they cannot win medals.

"If we are not going to go there and deliver what is expected of us, then we should not go there. We are not visitors. That's our policy and philosophy at ASA. We send people who are going to fly the flag of the Republic of South Africa."

The 2020 Olympic Games is scheduled to get under way on July 24 and end on August 9.

We live in a world where facts and fiction get blurred
In times of uncertainty you need journalism you can trust. For only R75 per month, you have access to a world of in-depth analyses, investigative journalism, top opinions and a range of features. Journalism strengthens democracy. Invest in the future today.
Subscribe to News24
Related Links
UK Athletics launches review into dealings with Salazar
Q&A | ASA president Aleck Skhosana
Comrades Marathon awared Gold Label status
Next on Sport24
Snyman sets new SA record at Race Walking Championships