Caster Semenya files lawsuit in European Court: 'This fight is not just about me' 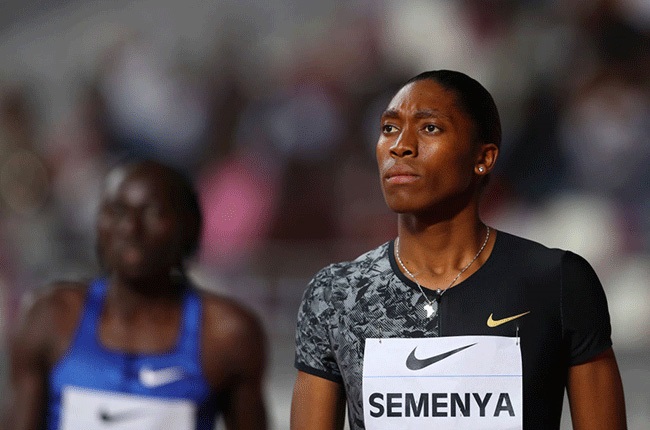 South Africa's two-time Olympic champion Caster Semenya has filed a lawsuit in the European Court of Human Rights challenging restrictions of testosterone in female athletes, her lawyers said on Thursday.

The World Athletics governing body in 2018 banned Semenya and other female athletes with differences of sexual development (DSD) from races between 400 metres and a mile unless they take hormone-suppressing drugs.

Semenya, 30, unsuccessfully challenged those rules at the Court of Arbitration for Sport (CAS) and the Swiss Federal Supreme Court.

On 19 February, she made another fresh attempt - taking the matter to the European Court of Human Rights in Strasbourg.

"Semenya's ongoing fight for dignity, equality, and the human rights of women in sport took a crucial step forward with the filing of an application" to the ECHR, her lawyers Norton Rose Fulbright, announced in a statement.

According to the lawyers, she is asking the court to find Switzerland to have "failed in its positive obligations to protect her against the violation of her rights under the European Convention on Human Rights".

Semenya also took to social media on Thursday, saying: "This fight is not just about me, it's about taking a stand and fighting for dignity, equality and the human rights of women in sport. All we ask is to be able to run free as the strong and fearless women we are."

In its judgement last year, the Swiss court concluded that the CAS decision "cannot be challenged".

But Semenya hopes her latest bid will see the European court "put an end to the longstanding human rights violations by World Athletics against women athletes".

"All we ask is to be allowed to run free, for once and for all, as the strong and fearless women we are and have always been," she is quoted as saying in the statement.

No dates have been set yet for the hearing of the case.

Meantime, the athlete is yet to qualify for the Tokyo Olympics.

She had already decided to compete in the 200m even before the Olympics were postponed to 2021 due to the coronavirus pandemic.

This fight is not just about me, it's about taking a stand and fighting for dignity, equality and the human rights of women in sport. All we ask is to be able to run free as the strong and fearless women we are!! Thank you to all of those who have stood behind me??? pic.twitter.com/0PdBiujH8b

We live in a world where facts and fiction get blurred
In times of uncertainty you need journalism you can trust. For 14 free days, you can have access to a world of in-depth analyses, investigative journalism, top opinions and a range of features. Journalism strengthens democracy. Invest in the future today. Thereafter you will be billed R75 per month. You can cancel anytime and if you cancel within 14 days you won't be billed.
Subscribe to News24
Related Links
Holloway breaks Jackson's 27-year-old 60m hurdles world record
SA still fighting for Caster Semenya's Olympic participation, turns to European Human Rights court
Wayde Van Niekerk splits with long-time coach Tannie Ans, switches to US base
Next on Sport24
South African team for World Athletic Champs named by ASA