Coe says women are making the running at World Athletics 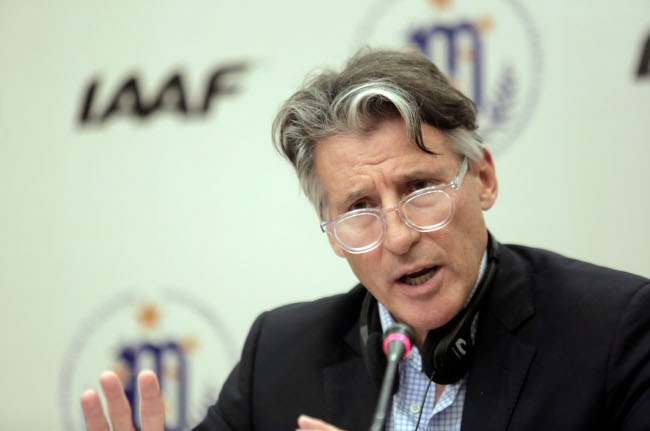 World Athletics president Sebastian Coe told AFP on Monday he wants an organisation in which a woman can aspire to the top job and one that retains far more female athletes as coaches and officials.

The governing body of the Olympics' blue-riband sport has launched a campaign, #WeGrowAthletics, to coincide with International Women's Day and build on the efforts taken to promote greater gender equality in track and field.

In an interview, Coe said one of the key thrusts of the campaign was to empower women to pursue leadership positions within athletics - including his own role.

"While male athletes can see a path to become a coach or an official, that was not always the case with women," he said.

"I'm not sure at this moment any woman can close their eyes and imagine being in the position I'm sitting in. I want that to change."

In a process that began in 2016, World Athletics has mandated that by 2027, 50 percent of its 26-strong decision-making Council will be women. The figure is currently 30 percent.

There will also be more symbolic changes - at the 2022 World Championships in Oregon the final event will be the women's 4x400m relay, rather than the men's race.

Recalling the situation before 2016, Coe recalled: "We had parity in play and parity in pay but we didn't have parity in our platforms. It was bizarre.

"It didn't make sense that we have so much instinctive parity in our sport and a woman walks out of a world championships with a gold with the same prize money as Usain Bolt and yet when you looked at our governance structures (there was no parity)."

One important development was the election in 2019 of Ximena Restrepo, a former Colombian sprinter, as World Athletics' first female vice-president.

Coe said the progress towards gender parity "needs to be quantifiable" and he dismissed talk of "tokenism".

"I am not prepared to listen to people saying: 'That is tokenism and women will come through'. The reality of it is, they don't," he said, saying you need to "take a sledgehammer" to such opinions.

"It is irrefutable that organisations that are not diverse and lack inclusivity, underperform those that are by 15 percent."

The other important issue is that if athletics - facing a fierce battle against other sports to attract and keep new talent - is to expand it needs to "reach out, particularly to younger people so show them we look like the world we live in", Coe said.

Young people, he said, make more subliminal observations, such as: "What does this organisation look like, how does it sound or am I joining something here that is a little monochromatic?"

The issue of gender looms large in the case of South Africa's Olympic 800m champion Caster Semenya. In 2018, World Athletics banned her and other female athletes with differences of sexual development (DSD) from races between 400m and a mile unless they take hormone-suppressing drugs.

Supporters of Semenya have criticised World Athletics for its stance.

Coe conceded that the DSD issue was "a profound challenge", but said it was about "creating the level playing field and being acutely conscious about fairness".

World Athletics said in a statement: "Throughout this long battle, World Athletics has always maintained that its regulations are lawful and legitimate, and that they represent a reasonable, necessary and proportionate means of ensuring the rights of all female athletes to participate on fair and equal terms."

We live in a world where facts and fiction get blurred
In times of uncertainty you need journalism you can trust. For only R75 per month, you have access to a world of in-depth analyses, investigative journalism, top opinions and a range of features. Journalism strengthens democracy. Invest in the future today.
Subscribe to News24
Related Links
Coe welcomes roadmap for Russian athletics reintegration
Caster Semenya files lawsuit in European Court: 'This fight is not just about me'
Holloway breaks Jackson's 27-year-old 60m hurdles world record
Next on Sport24
Snyman sets new SA record at Race Walking Championships