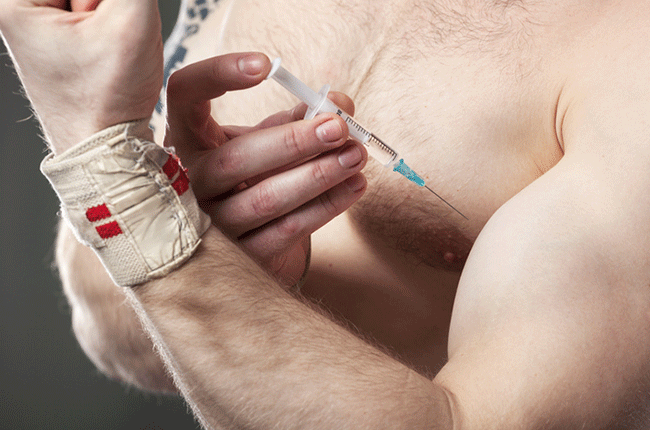 The quintet were found guilty of obstructing an investigation into high-jumper Danil Lysenko, a silver medallist at the 2017 World Championships in London.

Shlyakhtin and the others were suspended last year for "serious breaches" of anti-doping rules.

Russia has been banned from competing as a country in athletics since 2015, after the World Anti-Doping Agency found evidence of widespread doping in the sport.

Some Russian athletes, including Lysenko, have been allowed to compete under a neutral flag.

But last year Lysenko had that status removed by athletics' governing body, then called the IAAF, after he failed to provide the whereabouts information he is required to give to submit to doping tests.

The AIU's 15-month investigation found that Shlyakhtin and Parkin had been involved in the "provision of false explanations and forged documents to the AIU in order to explain whereabouts failures by the athlete".

The ex-RUSAF five can appeal the verdict while Lysenko's case is still ongoing.

RUSAF has until March 1 to present its plans for reform and remains under the threat of exclusion from the IAAF and the Tokyo Olympics.

We live in a world where facts and fiction get blurred
In times of uncertainty you need journalism you can trust. For 14 free days, you can have access to a world of in-depth analyses, investigative journalism, top opinions and a range of features. Journalism strengthens democracy. Invest in the future today. Thereafter you will be billed R75 per month. You can cancel anytime and if you cancel within 14 days you won't be billed.
Subscribe to News24
Related Links
UK Athletics vows 'zero tolerance' for sexism after damning report
Beatrice Chepkoech claims 5km record by 1 second
Comrades Marathon denies financial trouble: 'We have more than R28 million in the bank'
Next on Sport
Gerda Steyn basks in Cape Town glory, eyes personal best at 'special' New York Marathon