Mo Farah fails to qualify for Olympics in last-gasp bid 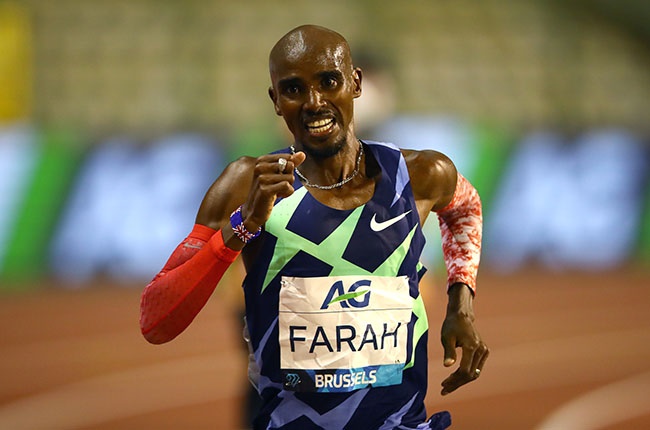 Four-time Olympic champion Mo Farah's hopes of ending his track career at the Tokyo Games ended as he fell short of the qualifying mark for the 10 000 metres in Manchester on Friday.

The 38-year-old won a specially-arranged race to give him a final chance to qualify at the British Championships, but his time of 27 minutes 47 seconds was nearly 20 seconds off the time required to qualify.

He then turned his attention to the marathon, but after mixed results returned to the track in the hope of one final shot at Olympic glory.

"I've been lucky enough to have had the long career I've had. I'm very grateful but that's all I had today," said Farah, who refused to confirm if he had just run his final track race.

"It's a tough one. I always said if I can't compete with the best I'm not just going to go there to finish in a final. Tonight it shows it's not good enough."

Farah was blighted by an ankle problem when he finished eighth at the British 10 000m Championships on June 5 in a time of 27:50.64.

Despite having the help of pacemakers in Manchester, his time improved by only three seconds to remain well off the pace needed to qualify.

After his Belgian training partner Bashir Abdi peeled off the front with nine laps to go, Farah steadily started falling behind the required time and he wore a pained expression as he came down the final straight on the last lap.

We live in a world where facts and fiction get blurred
In times of uncertainty you need journalism you can trust. For only R75 per month, you have access to a world of in-depth analyses, investigative journalism, top opinions and a range of features. Journalism strengthens democracy. Invest in the future today.
Subscribe to News24
Next on Sport24
Pure magic as Kenya's Ruth Chepngetich smashes half marathon world record