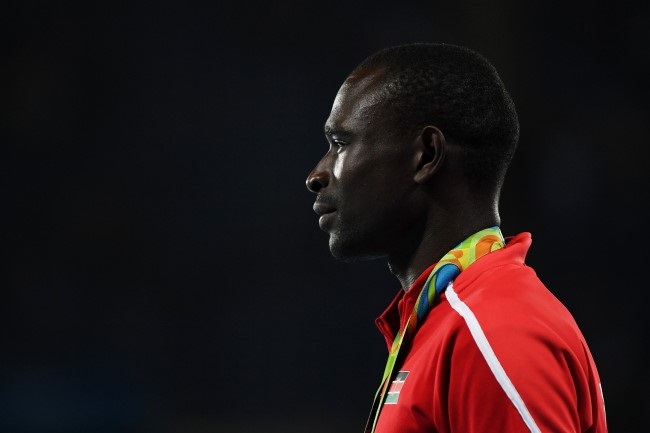 Two-time Kenyan Olympic champion David Rudisha said Monday he was grateful to be alive after surviving a plane crash on the weekend in southern Kenya.

The 800m world record holder had just taken off from a Kenyan reserve hosting the "Maasai Olympics" -- a series of sporting competitions involving Maasai youth -- when his aircraft encountered trouble and was forced to make an emergency landing on Saturday.

"It was a scary episode where you hold your heart in your hand as you pray to God," the athlete, who belongs to the Maasai tribe himself, told The Nation newspaper.

"The pilot did an incredible job to keep the plane afloat and stable for long.

"We thank God we all came out alive."

The 33-year-old is a sponsor of the "Maasai Olympics", which was established a decade ago by community leaders and conservation group Big Life Foundation.

The goal is to help preserve the lion population and replace the traditional Maasai rite of hunting the big cats with sporting contests.

"One of the passengers was injured and is being treated at hospital," the conservation charity said in a statement released late Saturday.

"The others, including Mr. Rudisha, who is the patron of the Maasai Olympics, suffered no significant physical injuries," it added.

Rudisha was involved in a serious car accident in 2019.

We live in a world where facts and fiction get blurred
In times of uncertainty you need journalism you can trust. For 14 free days, you can have access to a world of in-depth analyses, investigative journalism, top opinions and a range of features. Journalism strengthens democracy. Invest in the future today. Thereafter you will be billed R75 per month. You can cancel anytime and if you cancel within 14 days you won't be billed.
Subscribe to News24
Next on Sport
McLaughlin-Levrone, Duplantis win World Athlete of the Year awards