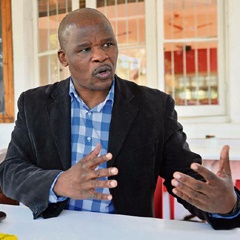 Johannesburg - Athletics South Africa (ASA) has launched the ASA Athletix Grand Prix Series in which a total prize incentive of R1.3m is offered to athletes to produce outstanding performances.

This competition will feature three Grand Prix Meetings in March, one month prior to the Commonwealth Games in Australia (March 8 - 15 April).

South Africa’s finest will have the ideal opportunity to hone their skills in a competitive environment as part of their global preparations.

This elite series is intended to host and attract top athletes from around the world to test their best performances in South Africa.

The meetings will have a tight programme lasting for 90 minutes.

It will be an exciting evening out for SA athletics fans who can expect a full programme that will be compacted into 90 minutes of athletic action.

With the standard of South African athletics showing tremendous improvement over the last few years, there is an ever-growing hunger by fans to witness some of the world’s best athletes competing on home soil.

“We are excited to announce the series which we believe restores our domestic track and field season right back on top where it was about a decade ago,” said Aleck Skhosana, the president of ASA. “These Meetings will be explosive, entertaining and of the highest standard.”

“This is the ideal opportunity for our athletes to put in those final touches before heading off to Australia and to other international destinations to represent this country in the best possible shape.”

Four of South Africa’s current athletes have broken the 10 seconds barrier for the 100m, while two have gone below 20 seconds in the 200m.

South African record holder, Akani Simbine, who had a brilliant domestic and international season last year going five times under 10 seconds, is expected to continue his duel with Thando Roto in the 100m, who also dipped under 10 seconds.

World champions Wayde van Niekerk (400m) - recovering from injury, Caster Semenya (800m), Luvo Manyonga (long jump) and world number three Ruswahl Samaai (long jump,) are also expected to be the highlight of the 2018 season and the Grand Prix is could offer some of them the platform to take off the new season.

The Athletix Grand Prix Series will be used to select athletes to the national teams.

We live in a world where facts and fiction get blurred
In times of uncertainty you need journalism you can trust. For only R75 per month, you have access to a world of in-depth analyses, investigative journalism, top opinions and a range of features. Journalism strengthens democracy. Invest in the future today.
Subscribe to News24
Related Links
Kipchoge to make London Marathon return
IAAF maintains Russia suspension
Tannie Ans is the world’s best
Next on Sport24
SA athletics events set for November return