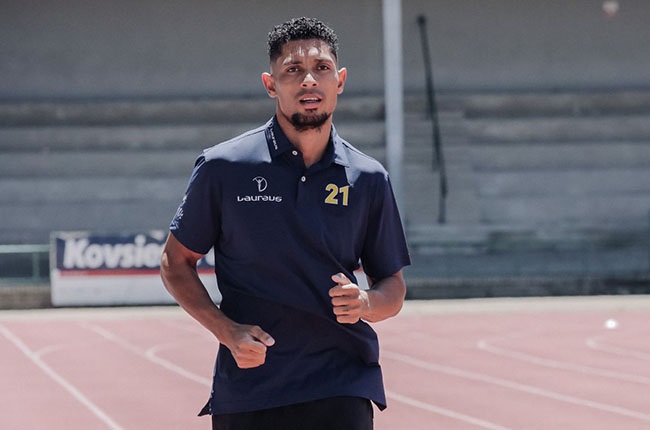 Anaso Jobodwana was the biggest disappointment when he finished sixth in a time of 20.74

Faced with serious competition and a damp track, Van Niekerk shrugged off a sluggish start to catch Simbine at the 100m bend before powering away down the home straight.

While Simbine was probably favourite based on his recent 100m form where he recorded times of 10.00 and 9.99 in his most recent races, Van Niekerk was always going to be a formidable opponent.

As it proved, the smooth but deceptively fast running style of Van Niekerk saw him beat Simbine to the line.

While some of the races, like men’s and women’s 400m hurdles, went according to the rulebook with Sokwakhana Zazini (50.16) and Wenda Nel (56.19) dominant, a big shock came in the second 200m women’s heat where Namibia’s Beatrice Masilinga blitzed the field.

Sherley Nekhubvi was second in a time of 23.29.

Masilinga’s time made Miranda Coetzee’s 23.6 in the first heat from lane one look rather pedestrian.

We live in a world where facts and fiction get blurred
In times of uncertainty you need journalism you can trust. For only R75 per month, you have access to a world of in-depth analyses, investigative journalism, top opinions and a range of features. Journalism strengthens democracy. Invest in the future today.
Subscribe to News24
Next on Sport24
Snyman sets new SA record at Race Walking Championships