Washington - The amount is just a drop in the ocean of US federal money, but the Trump administration's proposal to eliminate $18 million in funding for the Special Olympics drew furious and extended backlash on Wednesday from critics.

Education Secretary Betsy DeVos was grilled by lawmakers over a proposed 10-percent reduction - $7 billion - in the government's 2020 overall education budget, with Democrats slamming the cuts to Special Olympics as particularly callous.

"We had to make some difficult decisions with this budget," DeVos told a House appropriations subcommittee hearing on Tuesday.

"Let me just say that I think Special Olympics is an awesome organization, one that is well supported by the philanthropic sector."

When DeVos acknowledged she did not know how many American children would be affected by the cuts, House Democrat Mark Pocan provided the figure: 272 000.

The Special Olympics, founded by president John F Kennedy's sister Eunice Kennedy Shriver in 1968, has grown into a global movement, providing competition for children and adults with intellectual disabilities.

The organisation is largely funded by corporate and private donations. The US funds had been earmarked for Special Olympics education programs at 6 500 schools, where activities have shown to increase inclusion and reduce bullying.

As part of Trump's effort to reduce the growing budget deficit, his administration is also proposing cuts to some after-school grants and a $13 million drop in contributions to Gallaudet University, a federally chartered school for the deaf.

"I still can't understand why you would go after disabled children in your budget," she told DeVos.

Democratic presidential hopefuls also weighed in, with Senator Amy Klobuchar calling the proposal "an affront to our values" and Senator Bernie Sanders saying it was "unbelievable" that Trump would slash education spending after passing massive tax breaks for the wealthy.

Congressman Joe Kennedy III, grand-nephew of Kennedy Shriver, signalled it was unlikely that the Democrat-led House of Representatives would approve the cuts.

"This. Will. Never. Happen," he tweeted.

With the outcry growing, DeVos on Wednesday insisted the Department of Education remains "focused every day on raising expectations and improving outcomes for infants and toddlers, children and youth with disabilities."

Special Olympics chairman Timothy Shriver expressed disappointment with the proposal, saying the organization does critical work in schools to help educate youths "about the importance of an inclusive mindset to the future of the country."

"If the federal government has a role to support that, it ought to be investing in kids with special needs," he said. 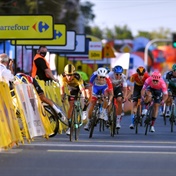