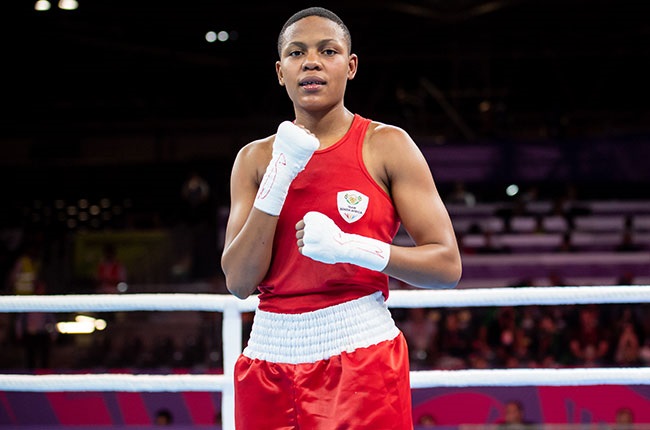 Boxer Phiwokuhle Mnguni says it's a privilege to make history as she clinched bronze for South Africa at the Commonwealth Games in Birmingham.

Mnguni, who hails from Dundee in KwaZulu-Natal, made history this past weekend as she became the first South African female boxer to reach the podium at the Games.

The 21-year-old captured bronze alongside Australian Tina Rahimi in the women's featherweight over 54kg-57kg event.

On Saturday, Mnguni was defeated by eventual Commonwealth gold medalist Michaela Walsh from Northern Ireland in the semi-final bout, but she was assured of a bronze medal.

"It's a privilege for me to be the first-ever woman to ever achieve a [boxing] medal at the Commonwealth Games for South Africa. It means a lot," said Mnguni.

"I couldn't have done this without my coaches and everybody that supported me throughout. I thank each and every one of you and especially God and my ancestors.

"They really answered my prayers and I'm grateful for everything."

Mguni impressed on her Commonwealth debut as no South African woman boxer had reached the podium in Commonwealth history.

"My experience has been good in Birmingham, I've learnt a lot and made a lot of friends and seen so many places," said Mnguni.

"I learned a lot in the ring, I got an experienced boxer who taught me some things and I learnt a lot. I just really appreciate the opportunity."

Mnguni has set her sights on the 2024 Paris Olympics, with more history potentially set to be made then.

"The next thing for me is preparing to qualify for the 2024 Olympic Games that's the main goal for me."

We live in a world where facts and fiction get blurred
In times of uncertainty you need journalism you can trust. For 14 free days, you can have access to a world of in-depth analyses, investigative journalism, top opinions and a range of features. Journalism strengthens democracy. Invest in the future today. Thereafter you will be billed R75 per month. You can cancel anytime and if you cancel within 14 days you won't be billed.
Subscribe to News24
Next on Sport
Impey delighted to pull off 'tough' Commonwealth silver: 'I'm chuffed'