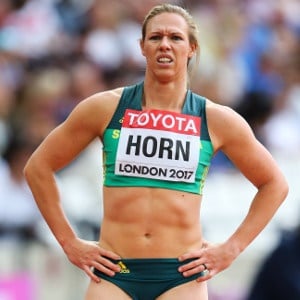 Cape Town - Team South Africa has announced three withdrawals for the team set to compete at the 2018 Commonwealth Games on Australia's Gold Coast from next week.

These changes will affect two sporting codes - athletics and netball.

Track sprinter Carina Horn is injured and will not be replaced, Team SA said on Saturday.

In the netball team, goal-shooters Lenize Potgieter and Danelle Lochner are both out with ankle injuries.

Siggy Burger has replaced Potgieter, while a replacement for Lochner has yet to be named.

The SA netball team play their opening match of the Games against Jamaica on Friday, April 6.

We live in a world where facts and fiction get blurred
In times of uncertainty you need journalism you can trust. For only R75 per month, you have access to a world of in-depth analyses, investigative journalism, top opinions and a range of features. Journalism strengthens democracy. Invest in the future today.
Subscribe to News24
Related Links
Bee sting floors Aussie 'tough guy' Horton
Le Clos targets history in the pool in Gold Coast
Oz sevens skipper punched, fractures skull
Next on Sport24
Ramaphosa hails Team SA's Commonwealth Games success