Ryan Gibbons of NTT Pro Cycling made Tour de France history on Saturday when the South African sprinted to the stage 1 victory of the event's first-ever virtual race.

Racing on the Zwift virtual cycling platform, 23 of the world's best cycling teams lined up for the first ever virtual Tour de France.

Stage 1 was an undulating 36.4km over four laps of Zwift's Watopia virtual world. Each lap contained an intermediate sprint and a category three climb, meaning the fight would be on from the start for the green and polka dot jerseys.

NTT Pro Cycling came out the blocks firing, with all four riders present at the head of affairs throughout the stage. The quartet regularly racked up points in both intermediate competitions. However, the main goal was the final sprint for the line, and to secure the stage win and yellow jersey.

On the final lap, Gibbons, Boasson Hagen and Tiller crested the category three climb, which peaked with just over 2km to go, in a front group of around 30 riders.

Pavel Sivakov (Team Ineos) and Greg van Avermaet (Team CCC) tried to go early for the line but it was Boasson Hagen who led out the sprint proper, with Gibbons catapulting into the lead in the final 200m with a perfectly timed sprint.

Thanks to accumulating points at the intermediate sprints and Gibbons' stage-winning sprint, NTT Pro Cycling will also have the green jersey for Sunday's stage two and the lead in the teams classification.

"I'm truly overwhelmed and this is quite special. Every race our team lines up for, whether it's out on the road or virtual, we do so with a lot of planning, structure and goals. No doubt we will be going to the next five stages trying to replicate today's success," Gibbons said via a press statement.

The 25-year-old added: "A massive thanks to everyone involved for providing such a platform, not only for us riders to race but for our partners and cycling fans around the world too, to have racing again which is pretty exciting. To do all of this for a good cause, the Tour de France united campaign which is supporting five cycling based charities around the world, one of which is Qhubeka and close to our hearts, is fantastic." 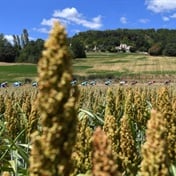