There was a time when certain coaches were obsessed with upper body strength - Jake White being one of those. These days the emphasis is rightly more on core strength and explosiveness. That being said, Springbok players are still expected to be able to bench press at least between 1.3x-1.5x their body weight depending on if they are a back or forward. Here's a look at some notables from the "Bench Press leaderboard". Top of the pops is Moldovan prop nicknamed "The Beast of the East" who has a PB of 230kg. Ok, we haven't really heard of him so he doesn't count. Among the backs, Manu Tuilagi stands out with 190kg which is better than most forwards. Among SA players, the Beast Mtawarira tops the charts with 180kg followed by Eben Etzebeth at 175kg and Pierre Spies at 165kg.

MYTWOCENTS VERDICT: I bet you wouldn't have expected Dan Carter to outbench Sonny Bill Williams 145kg to 140kg. We are also sure there are some names missing from that list ... Bismarck du Plessis, Os du Randt and Bakkies Botha for starters!

WE ARE ALL IN THE WRONG JOB

Premier League backroom staff average salaries were revealed in a report in the British media this week. While we all know that the players are overpaid, we were surprised to learn that the average kit man in the EPL earns £53k per year ... yep that's R1.3m for collecting the players' kit and boots, tossing it in the washing machine, ironing, folding and putting them next to their lockers. They become mates with top players and I am sure pick up plenty of valuable souvenirs and memorabilia.

MYTWOCENTS VERDICT: Where did it all go wrong for me?

The EPL is considering increasing the number of substitutes allowed from the current 3 to 5 for the remainder of the season. The reasoning is that with 13 rounds of fixtures to be crammed into 8 weeks, teams will need more help with player recovery and freshness.

MYTWOCENTS VERDICT: Good move. We wonder if this will be made permanent for next season? This may cause some headaches for fantasy league punters though.

MYTWOCENTS VERDICT: We love Tyson but we are not clear what his "taking kids to school" criteria is all about?? Tyson also said that he would love to have hypothetically fought Mayweather (had they been in the same era and weight class) and to beat him you would need to fight dirty ... something we don't think Tyson would have had a problem with!

We live in a world where facts and fiction get blurred
In times of uncertainty you need journalism you can trust. For only R75 per month, you have access to a world of in-depth analyses, investigative journalism, top opinions and a range of features. Journalism strengthens democracy. Invest in the future today.
Subscribe to News24
Related Links
WATCH | Kolisi recalls 'Level 12' Springboks meeting Prince Harry
Beaumont v Pichot for top World Rugby job as election kicks off
Lockdown | Feeder system on the ropes as club rugby suffers
Next on Sport24
Vuelta rest day coronavirus tests all negative 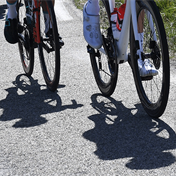