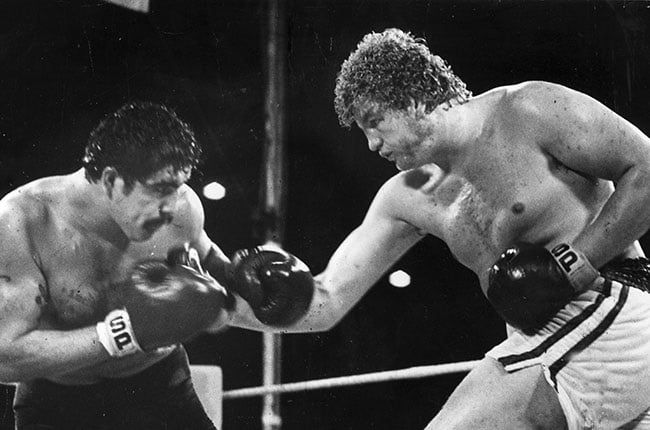 Former South African heavyweight champion Jimmy Abbott died at his home in Heidelberg on Sunday night after succumbing to heart failure at the age of 61.

According to Netwerk24, Abbott had "difficulty breathing" towards the late hours of Sunday evening and eventually succumbed at 8.40pm.

According to Heidelberg Volunteer Medics' community Facebook page, medical help was called to the scene but was unable to rescue the boxing legend.

21 Mar 18h50 Volunteers received a call for an elderly male patient with a difficulty breathing and severe heart...

"Volunteers responded immediately [and] assisted on scene. At 20h40 Jimmy Abbott sadly passed away. It is with a heavy heart that we bid farewell to this great legend. Our thoughts and prayers go out to the family and friends."

Abbott, who suffered a stroke in 2013, had been struggling with health problems in his latter years, including three heart attacks.

He will be remembered for, among many memorable fights, knocking out Jeff Ellis in 1978 in only his second professional fight and defeating Kallie Knoetze in 1980 at the Ellis Park tennis stadium.

Abbott also started his own church, the Jimmy Abbott Ministries.

We live in a world where facts and fiction get blurred
In times of uncertainty you need journalism you can trust. For 14 free days, you can have access to a world of in-depth analyses, investigative journalism, top opinions and a range of features. Journalism strengthens democracy. Invest in the future today. Thereafter you will be billed R75 per month. You can cancel anytime and if you cancel within 14 days you won't be billed.
Subscribe to News24
Next on Sport
Boxing's Olympic future under fresh scrutiny