The Colorado Avalanche announced on Thursday that one of their players has been diagnosed with the coronavirus, becoming the third National Hockey League (NHL) player to be stricken with Covid-19.

The team said the player has been at home in isolation since the symptoms appeared and has since recovered. They did not identify the player.

"The health and safety of our players, staff, fans, and community remains our highest priority," the team said in a statement.

"The Avalanche organisation will continue to work in conjunction with our medical staff and public health officials to do everything we can to help the Avalanche community remain safe and healthy during this time."

Colorado's last game before the season was halted because of the Covid-19 pandemic was on 11 March in Denver against the New York Rangers.

The Colorado player joins two members of the Ottawa Senators as the only NHL players known to have been diagnosed with the disease.

An update from our organization.https://t.co/4tBJqIY691

We live in a world where facts and fiction get blurred
In times of uncertainty you need journalism you can trust. For only R75 per month, you have access to a world of in-depth analyses, investigative journalism, top opinions and a range of features. Journalism strengthens democracy. Invest in the future today.
Subscribe to News24
Related Links
Czech ice hockey great Zabrodsky dies at 97
Ottawa player is NHL's first with positive coronavirus test
NHL says players can return home, self-isolate
Next on Sport24
Tyson, Jones ready for 'real fight' 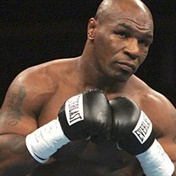