ESPN is back! Here are 10 superstars of American sport to watch out for

On Monday, MultiChoice announced the return of two 24-hour ESPN channels being made available to DStv customers.

The channels, which will be made available from 29 July, will feature every major US sport which includes National Basketball Association (NBA) and Major League Baseball (MLB).

Sport24 looks at some of the stars that South Africans will come to know and maybe love when watching ESPN and ESPN2: Whether you're a basketball fan or not, you should know all about the legendary James. The Los Angeles Lakers forward is widely considered to be one of the greatest basketball players in NBA history as he holds three NBA championships and is a five-time NBA MVP. Earlier this year, the 35-year-old passed the late Kobe Bryant in the NBA's all-time points list as he moved up to third position (currently at 34 087). But James is so much more than just an athlete. He is a leader in matters of social justice in America and uses his social media platforms to speak out.

The NBA season is set to resume on 30 July with the Lakers leading the Western conference with 49 wins against 14 losses. All games will be held at Walt Disney World in Orlando, with teams vying for a spot in the playoffs, which is expected to get underway from that 17 August. If you've been following basketball closely, you'd know that Antetokounmpo is in red-hot form as the reigning NBA Most Valuable Player. The 25-year-old 'Greek Freak' has a bright future with the Milwaukee Bucks and is fast becoming one of the most popular players in the league. The Bucks had the NBA's best record at 53-12 when the season was halted. Although Martinez is currently recovering from a torn ACL in his right knee, the Venezuelan striker is well on his way to return for Atlanta United. In 2018, Martinez led United to the MLS Cup as he shot the MLS goal-scoring record in a season with 35 strikes. Last year, he continued his fine form, scoring 27 goals in 29 games as United lost in the semi-finals to runner up's Toronto FC.

All 26 MLS teams have been placed inside a "bubble" and are resuming the 2020 season at ESPN's World Wide of Sports complex at Disney World in Orlando. Hernandez is probably the most MLS' most popular star presently - the Mexican striker has previously had stints with Manchester United and Real Madrid. Earlier this year, the 32-year-old became the highest paid player in the MLS when he signed for LA Galaxy. Hernandez, who is Mexico's all-time leading scorer, is looking to fill Zlatan Ibrahimovic's shoes in Los Angeles. Sorry to any Red Sox fans, but New York Yankees right fielder Aaron Judge is arguably baseball's most revered player. Judge, who wears the 99 jersey, remains a valuable superstar for the Bronx side as the Major League Baseball season resumed last week. The New York Yankees got their season off to a decent start as the side won 2-1 in the three game series against the Washington Nationals. In the opening three games, Judge has hit 1 run, 2 hits and 1 RBI (runs batted in) in 12 at bats (trips to the plate).

MLB teams are playing a 60-game schedule for this 2020 season due to pandemic and matches will be played behind closed doors. Eight-time MLB All Star Trout is considered by some as one of the greatest players in history and his record clearly states why. Trout, also known as the 'Millville Meteor', smashed a career-high 45 homers in just 134 games last season for the Los Angeles Angels. Although Trout has never made a postseason or even a World Series, the 28-year-old has three AL MVP Awards. The Los Angeles Angels haven't gotten off to be the best start as they won one game to three in their opening series against the Oakland Athletics. 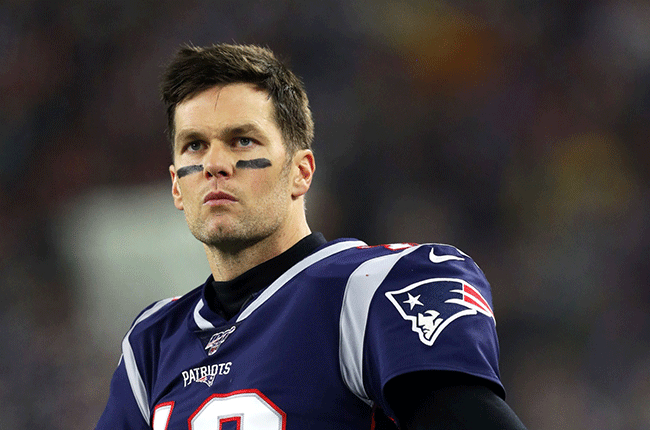 Six-time Super Bowl champion Brady is 43-years young and is looking to once again walk into a realm that few NFL players have achieved this year. Brady, who signed for the Tampa Bay Buccaneers earlier this year, is regarded as best quarterback of all time. During his ongoing 20-year legacy, Brady has won three league MVP awards and four Super Bowl MVP Awards for his previous team, New England Patriots.

The NFL 2020 season is scheduled to begin on 10 September with the Kansas City Chiefs defending their title. Last year, Mahomes led the Kansas City Chiefs to their second Super Bowl title in 50 years. The star quarterback, who completed 26 of 42 passes, was awarded the Super Bowl MVP for his stellar 2019 season. The 24-year-old has a rocket for an arm and continues to break NFL records. Earlier this month, Mahome inked a 10-year contract extension with the Chiefs.

We live in a world where facts and fiction get blurred
In times of uncertainty you need journalism you can trust. For only R75 per month, you have access to a world of in-depth analyses, investigative journalism, top opinions and a range of features. Journalism strengthens democracy. Invest in the future today.
Subscribe to News24
Related Links
NBA partners with Nelson Mandela Foundation to help SA communities
Next on Sport24
New IOC transgender rules criticised by group of medical experts