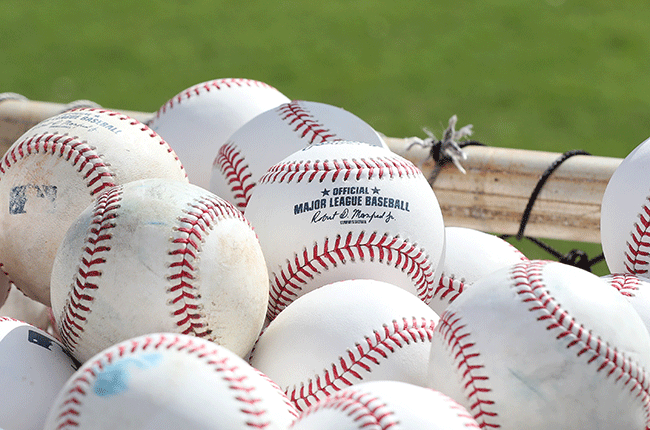 An outbreak of Covid-19 rocked Major League Baseball (MLB) on Monday, forcing the postponement of multiple games less than a week after the sport launched its season following a four-month coronavirus delay.

MLB confirmed in a statement that games between the Miami Marlins and Baltimore Orioles in Florida, and the Philadelphia Phillies and New York Yankees in Pennsylvania, had been scrapped.

The decision followed reports that 10 more members of the Marlins - eight players and two coaches - had tested positive for the coronavirus following Sunday's game against the Phillies in Philadelphia.

MLB said in a statement the games had been postponed in order to allow for additional testing.

"The members of the Marlins' travelling party are self-quarantining in place while awaiting the outcome of those results," the MLB statement said.

In a separate announcement later on Monday, MLB commissioner Rob Manfred said that the Marlins game against Baltimore on Tuesday had also been called off.

The Yankees were due to use the same locker room at Philadelphia's Citizens Bank Park that the Marlins had used over the weekend.

"The health of our players and staff has been and will continue to be our primary focus as we navigate through these uncharted waters," Jeter said.

"Postponing tonight's home opener was the correct decision to ensure we take a collective pause and try to properly grasp the totality of this situation."

Jeter said the Marlins had remained in Philadelphia to undergo further testing.

Baseball chief Manfred meanwhile said the Marlins could return to play as soon as Wednesday depending on the outcome of testing.

"Our first concern is the health of the players, and their families and making sure that we do everything possible to minimise the spread of the virus amongst our employees," Manfred told MLB Network.

"The Miami Marlins will not play tonight and tomorrow. We're doing additional testing. If the test results are acceptable, the Marlins will resume play in Baltimore on Wednesday."

The postponements came with MLB less than a week into its abbreviated 2020 season.

The season finally got under way last Thursday four months after it had been due to open in March.

Games are taking place without fans, while players are subject to a range of strict health and safety protocols designed to prevent outbreaks of Covid-19.

Unlike other sports leagues, such as Major League Soccer (MLS) and the NBA, which are restarting their seasons with teams based at a single location, baseball has opted to leave clubs at their home ballparks, meaning they must travel throughout the United States during the season.

That decision has been criticised as risky by health experts as swathes of the US are battling skyrocketing coronavirus cases.

Several star players had also expressed misgivings about attempting to start the season while the pandemic raged, with some opting out of the 2020 season altogether.

Los Angeles Dodgers pitcher David Price was among those who elected to skip the season citing concerns over safety protocols.

On Monday, Price said the Marlins outbreak would be a test of MLB's commitment to player safety.

"Now we REALLY get to see if MLB is going to put players health first," Price wrote on Twitter.

"I can see that hasn't changed."

Dave Martinez, the manager of the World Series-winning Washington Nationals, also expressed concerns over the outbreak.

Martinez - who underwent a heart procedure last year - admitted to feeling uneasy over the prospect of taking Washington to Miami to face the Marlins this weekend.

"I'm going to be honest with you, I'm scared. I really am," Martinez said.

"You don't know, because of my heart condition, what happens to me if I do get it. I have to be extra careful."

We live in a world where facts and fiction get blurred
In times of uncertainty you need journalism you can trust. For 14 free days, you can have access to a world of in-depth analyses, investigative journalism, top opinions and a range of features. Journalism strengthens democracy. Invest in the future today. Thereafter you will be billed R75 per month. You can cancel anytime and if you cancel within 14 days you won't be billed.
Subscribe to News24
Related Links
Red Sox confirm hurler Rodriguez among Covid-19 positive players
Major League Baseball season to start in July: commissioner
Major League Baseball edges closer to season as row nears endgame
Next on Sport
Heavyweight champions Fury and Usyk agree unification bout - Arum