Sport24 and Laureus Sport for Good South Africa have teamed up during the lockdown and asked their ambassadors to answer 20 quickfire questions.

Look out for a new profile each day! 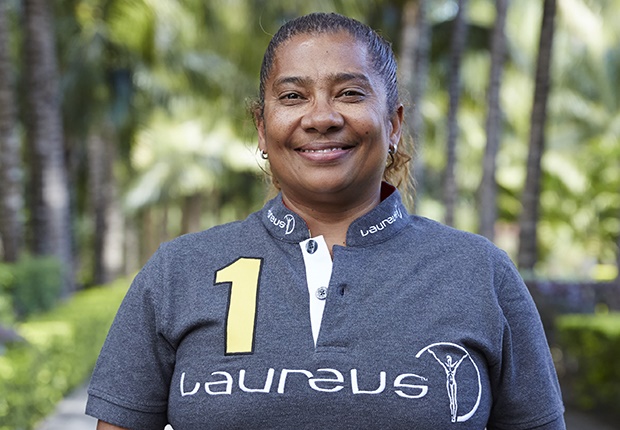 2. Greatest sporting moment for that you can recall: I have more than one - The 2010 Soccer World Cup, the Blitzboks' comeback against Ireland and Fiji at the Los Angeles Sevens and of course the Springboks winning the 2019 Rugby World Cup

5. Game or sporting event that you could watch on repeat: Being a huge Manchester United fan, the 1999 Champions league final. I was at the V&A Waterfront and up until the last few minutes was very glum as the Germans were already celebrating at the Sports Café, then we scored and while still celebrating the equaliser, Ole scored the winner and the celebrations were insane. I had no voice the next day!

8. Favourite holiday destination: As I currently live in Johannesburg, it has to be Cape Town (one of the most beautiful cities in the world)

9. Banana or pineapple on a pizza: Neither, but avocado anytime

10. What would your last meal be: Chicken curry

11. Favourite superhero and why: I never really had one as I was always outside playing sport

12. If a movie was made about your life who would play you: If there is one by any chance then Gabrielle Union, she is feisty

13. 3 things you would want with you on a desert island: Family, food and a ball

14. Current series addiction: Nothing in particular, but I have watched Money Heist, Tiger King (crazy movie) and currently watching the Last Dance (Michael Jordan and the Chicago Bulls)

15. Do you have a favourite joke: Have not heard one in a long while

16. Best piece of advice you have ever received: Hard work beats talent every time and always be and do the best you can

18. How does Sport for Good relate to you: We all do our bit to effect change but Sport for Good has put more smiles on faces than you can ever imagine

19. Laureus programme that you have interacted with, and what they do: The Youth Empowerment through Sports (YES) programme which invests in the youth and empowering them to uplift their communities

20. What are you and/or your family doing over this time to ensure you keep mentally and physically healthy: Working from home, exercising in our garage, running around and in between the parked cars. I have also been trying to cook to allow my mom some time off, reading, studying online and just going out for essentials

Laureus is a global movement that celebrates the power of sport to bring people together as a force for good. The first Patron of Laureus was Nelson Mandela. At the inaugural Laureus World Sports Awards in 2000, President Mandela said: “Sport has the power to change the world. It has the power to inspire. It has the power to unite people in a way that little else does. It speaks to youth in a language they understand. Sport can create hope where once there was only despair. It is more powerful than governments in breaking down racial barriers.”

This has become the philosophy of Laureus, the driving belief behind all they do.