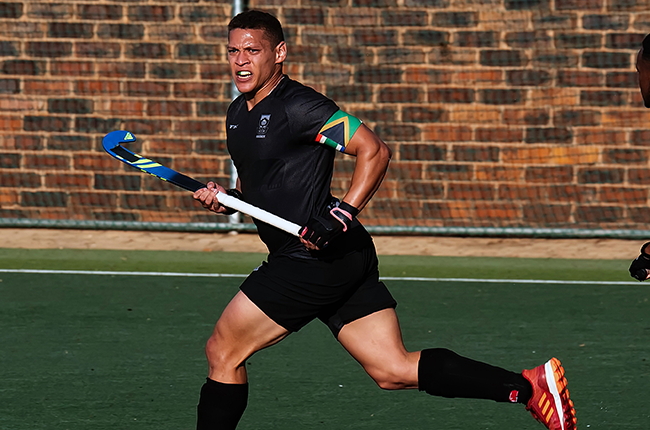 After missing out on the 2016 Rio Olympics, South Africa will be sending the men's and women's hockey teams to the Tokyo Games starting in July.

The South African Sports Confederation and Olympic Committee (Sascoc) announced on Thursday an initial squad of 64 athletes, which included both 16-player hockey squads.

Despite qualifying for the 2016 Rio Games, Sascoc decided not to send any hockey team to Brazil regardless.

There was a lot of doubt whether the same fate would befall hockey again this year. But on Thursday, Sascoc revealed that they would be sending the men's and women's team to the Games.

"It's been a long journey for us at SA Hockey. This has been significant for every athlete within our hockey teams," said South African Hockey Association CEO Marissa Langeni.

"This is a culmination of years of preparation and dedication with challenges thrown our way. Now that we here and we're on our way to Tokyo, we are extremely elated and excited for our players."

Earlier this year, the men's hockey side launched a crowdfunding campaign with the help of a platform called Matchkit.co.

The SA men's team are looking to raise between R3.5 million and R5 million to support the team before and during the Tokyo Games financially.

Tim Drummond, 33, will continue to lead the men's side as he joins the four Olympians already selected in the squad: Rassie Pieterse, Taine Paton, Clinton Panther and Austin Smith.

I’m going to the @Olympics
I have no words.... A dream has come true. So honoured and proud ????
We will give it our all! @TeamSA2020 @NBCOlympics @SA_Hockey @FIH_Hockey #ProudlySouthAfrican pic.twitter.com/O3IVZuUaSQ

The men's team has never made a the knockout stage with a 10th best finish at the Olympics.

Keenan Horne, the men's vice-captain, said his side would relish their underdog tag.

"For us, it's not about being a number and participating there, we're going to compete. Yes, we withstood adversity, but we want to go out there and make South Africa proud. We thrive under being the underdog," said Horne.

South Africa, currently 14th in the world, is drawn in Pool B in Tokyo alongside world champions Belgium, Great Britain, Germany, Netherlands, and Canada.

Meanwhile, Erin Christie will captain the SA women's team, who are drawn in Group A alongside Ireland, Great Britain, the Netherlands, Germany and India.

"Both the men and women's teams know the responsibility to be able to go and represent South Africa on the biggest international stage," said Christie in the virtual press conference on Thursday.

"So, definitely, we're going to give it everything we've got and the days that are left will be focusing on going there and showing everyone that we can compete with the best in the world."

The SA women's side features veteran Lisa-Marie Deetlefs, who will be competing in her third Olympic Games and is the only existing Olympian in the squad.

Christie will be supported by Phumelela Mbande with the women's side hoping to better their all-time best Olympic result of ninth.

"Some may know that we weren't able to go to the previous Olympics, so we understand that this Olympics is important not just for us but for future generations. What we do at this year's Olympics will set the standard for South African hockey going forward," said Mbande.