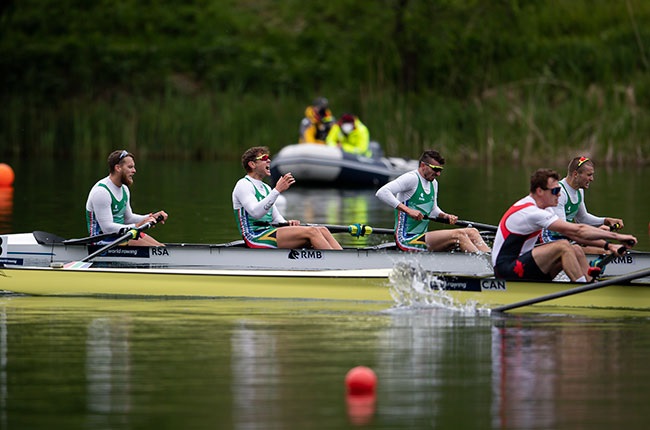 South Africa's rowers had a disappointing start to their Olympic campaign as they finished last in both the men's pair and men's fours heats.

First up was the men's pair, which saw Luc Daffarn and Jake Green get their campaign under way. The duo failed to make the semi-final after finishing fifth and last in heat one as they crossed the finish line in a time of 7:04.03.

Daffarn and Green have, however, qualified for the repechage - scheduled to get under way on Sunday (03:40 SA time).

Then in a powerful men's fours squad, which consisted of Brittain, Green, Kyle Schoonbee and Sandro Torrente, finished last in their heat in a time of 6:25.34.

It is not the end of the road for South Africa's men's fours as they progressed to the repechage scheduled on Sunday at 06:10 SA time.