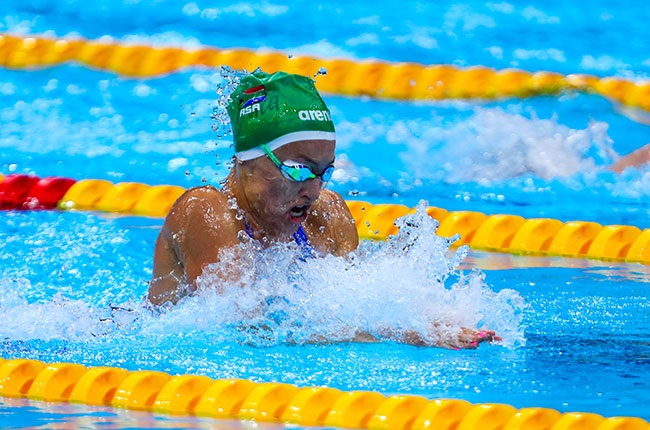 Swimming in lane four, Schoenmaker touched the wall first to win the second semi-final in a time of 1:05.07, edging American Lily King, who finished second in 1:05.40.

"This race was me just trying to see if I can stay with her (King). That was the whole plan, I just wanted to get a lane in the final so now we can get ready and be ready for the finals," said Schoenmaker after her race.

Schoenmaker qualified with the fastest time for the finals and is a major medal prospect for Team SA on Tuesday (04:17 SA time).

On Sunday, Schoenmaker made headlines by setting an Olympic record in the 100m breaststroke heats with a time of 1:04.82.

Looking back on her heroics from Sunday, Schoenmaker said: "It's still unreal, I still can't believe it. I didn't even know my cap was falling off, I wasn't even focussed on that. Today I felt my cap, it's busy falling off now..."

Schoenmaker, who is competing in her first Olympic Games, will also be competing in the women's 200m breaststroke later this week.