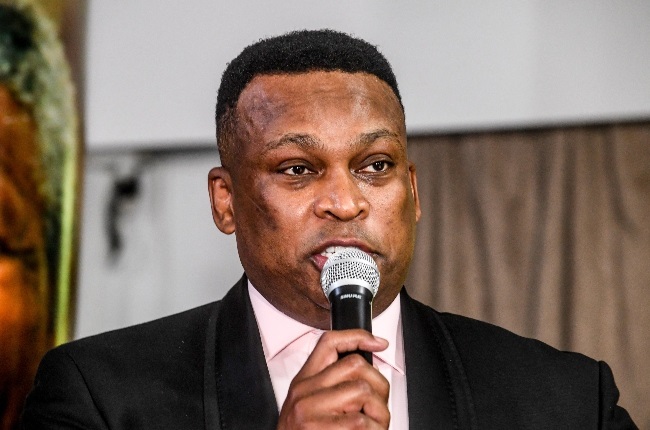 The SABC has announced that Robert Marawa is leaving
Sydney Seshibedi

The SABC parted ways with sports presenter and popular media personality Robert Marawa in an apparent acrimonious way after he was "told by text message" not to return to work for his final show.

It's the second time that Marawa has been fired by the public broadcaster after the two were at loggerheads in 2017.

Marawa returned to the broadcast to run a simulcast sports show that aired on Radio 2000 and Metro FM called Marawa Sports Worldwide (MSW).

However, things again turned sour between Marawa and his employers, who told him via text message that he needn't bother returning to studio for his final show on Friday.

Marawa shared a WhatsApp text message exchange with SABC acting station manager Kina Nhlengethwa in which the latter said: "You need not come in for the show today as there will be no MSW broadcast show tonight."

So after serving the Public Broadcaster through time, I am sent yet another text from a person in an "acting" position informing me of this.????????
Same modus operandi as SS.

What do they fear about the last Show??

Thank you Mzansi for the love & support thru the years. #MSW ???? pic.twitter.com/WIoqZpbFX0

Kirtley famously interviewed Makhaya Ntini in 2020 when he revealed his "loneliness" inside the Proteas team environment, which caused the former Proteas fast bowler to forego the team bus and run from training grounds to the team hotel.

"The South African Broadcasting Corporation (SABC) would like to announce the departure of renowned sports broadcasters, Mr. Robert Marawa and Ms. Vaylen  Kirtley. Robert Marawa departs following the conclusion of the MSW (Marawa Sport Worldwide), which Marawa presented on both METRO FM and Radio 2000 simultaneously," the SABC wrote in their statement.

"Ms. Kirtley presented the Sport segment of SABC’s television current affairs show, Morning Live, and was also an anchor for SABC sport programming. She joined the SABC 20 years ago and started with junior sports programmes at the time.

"The SABC would like to wish Mr. Marawa and Ms. Kirtley well in their future endeavours and appreciates their contribution to SABC Sport programming."

We live in a world where facts and fiction get blurred
In times of uncertainty you need journalism you can trust. For only R75 per month, you have access to a world of in-depth analyses, investigative journalism, top opinions and a range of features. Journalism strengthens democracy. Invest in the future today.
Subscribe to News24
Next on Sport24
Amica de Jager training hard for Lifesaving SA Championships: 'Anyone has the chance to win'