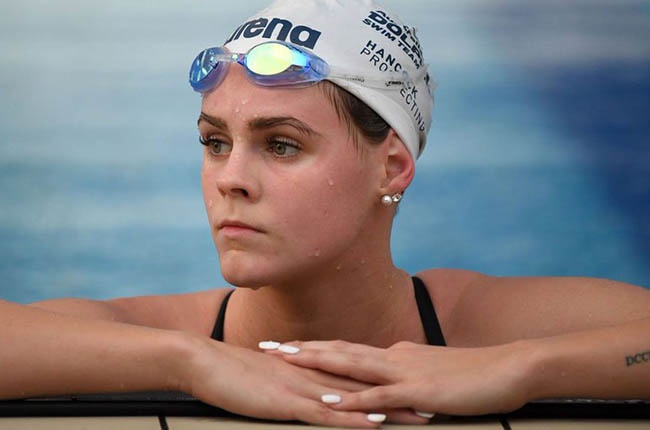 Australian swimmer Shayna Jack, a member of the world record-breaking 4x100m freestyle relay team, on Monday had her doping ban reduced to two years by the Court of Arbitration for Sport with the suspension ending days before the Tokyo Olympics.

Jack was banned by Swimming Australia for four years after testing positive for the muscle growth agent ligandrol in an out-of-competition test in June 2019.

The freestyle specialist claimed it entered her system by contamination and has fought to clear her name.

Lausanne-based CAS, sport's highest court, concluded that "on the balance of probabilities" Jack "did not intentionally ingest ligandrol" and reduced her ban to two years dating from July 12, 2019.

That means that she could, in theory, compete in the postponed Olympics that start on July 23, 2021. She would however be ineligible during the qualification process in the preceding months.

Jack said on Instagram that "I will walk a little taller tonight with the fact that this ordeal is finally over".

She said the court had "confirmed in emphatic terms that I did not intentionally, knowingly or recklessly use Ligandrol in any manner".

She added: "There was no evidence produced by my accusers as to how this substance entered my system.

"In my case, I have proven that I have NOT ever cheated, nor used prohibited substances intentionally or knowingly. I will still incur two years out of the sport in which I love."

At the time, the Australian team said the case was "bitterly disappointing and embarrassing."

The Chinese swimmer was banned for eight years by CAS in February.

We live in a world where facts and fiction get blurred
In times of uncertainty you need journalism you can trust. For only R75 per month, you have access to a world of in-depth analyses, investigative journalism, top opinions and a range of features. Journalism strengthens democracy. Invest in the future today.
Subscribe to News24
Related Links
Swimming SA embroiled in alleged sexual abuse scandal
Ex-world champ Magnini to come out of swimming retirement
Australia's golden era swim coach Don Talbot dies age 87
Next on Sport24
Swimming SA embroiled in alleged sexual abuse scandal