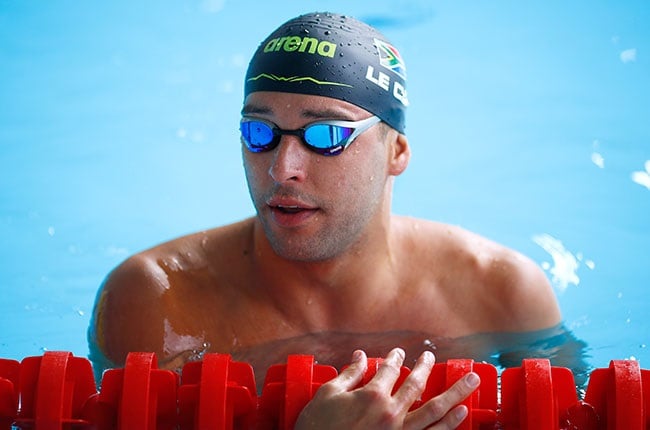 South African swimmer Chad le Clos was close to securing his 5th gold medal in the 100m butterfly on day three of the World Short Course Championships in Abu Dhabi.

Swimming in Lane 5, Le Clos touched the wall in a time of 49.04 to settle for second at the iconic Etihad Arena on Saturday.

Meanwhile, Russian swimmer Andrei Minakov rounded up the podium with a third-place finish at 49.21.

It's Le Clos' second medal of the 15th edition of the FINA World Swimming Championships after he won bronze in the 200m butterfly.

Le Clos was searching for his fifth straight gold in the 100m butterfly after finishing off his best in the heat and finishing fourth in 50.47 to the semi-final 11th fastest overall.

It also took the Olympian's medal total at the World Short Course Championships to an incredible 17, dating back to his first in 2010.

Meanwhile, South Africa's Tayla Lovemore finished ninth in her 50m butterfly heat in 26.78, which saw her end 25th overall and miss the semi-finals.

Olympian Brad Tandy finished ninth in the men's 50m freestyle heat in 21.87 and failed to make the final.

Tandy and Le Clos' Abu Dhabi adventure continues on Sunday as they compete in the 50m butterfly heat, while Michaela Pulford will also be in action in the 400m freestyle heats.

We live in a world where facts and fiction get blurred
In times of uncertainty you need journalism you can trust. For 14 free days, you can have access to a world of in-depth analyses, investigative journalism, top opinions and a range of features. Journalism strengthens democracy. Invest in the future today. Thereafter you will be billed R75 per month. You can cancel anytime and if you cancel within 14 days you won't be billed.
Subscribe to News24
Next on Sport24
SA's Matthew Sates sizzles to 2 golds in Barcelona