Pre-Covid, you would know her as Mandi Maritz, the fastest woman in South Africa in beach sprints and one of the best in the world.

She now competes as Mandi Augustyn, but this is no rookie name on the circuit and a change of surnames won't represent a change of fortunes.

Get used to seeing the name Augustyn in women's competitive Lifesaving, in South Africa and abroad because the queen isn't prepared to relinquish the crown of South African beach-sprinting and flags royalty.

Augustyn, now 31 and competing for Durban Surf, has been winning in Lifesaving competitions since the age of 10. No female has dominated her disciplines with such consistency as Augustyn and few have retained such humility, despite such success.

The National Champs, in which 1000-plus athletes will be competing in Gqeberha from 2-9 October, didn't happen in 2020 because of Covid, and while many of the seasoned South African stars won't be at this year's event, the presence of Augustyn is an immediate lift for the federation, the title sponsor and those who get to watch from a distance.

It may not be such good news for her younger rivals.

"I do a few surf events, but my primary focus is the sand and my routine mainly involves track work four times a week and gym work three times a week. I do my technique work on the beach close to the competition season twice a week," says Augustyn, who admits that she will need to find an extra gear to beat her best friend, Melissa Corbett.

"During Covid, I started a new sport in cross-country mountain biking and I will be competing in the XCO SA Champs prior to the Lifesaving National Champs, so there will be fatigue and the body will be sore, but I still believe I will have the ability to maintain my record for being the best on the sand," she says.

"Melissa will be my main competition. She has been training all season and is in top shape. She keeps me on my toes and hopefully, I get to keep her on her toes."

But it is what she can do in October that is of relevance to her.

"I am extremely proud of what I have achieved in Lifesaving and what I have won, but that won't win me this year's events and with retirement a prospect, I'd want to add one more flags and beach sprints national title to my name." 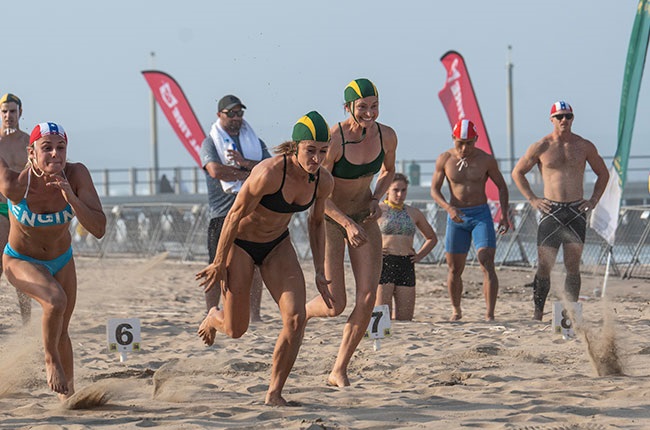 We live in a world where facts and fiction get blurred
In times of uncertainty you need journalism you can trust. For only R75 per month, you have access to a world of in-depth analyses, investigative journalism, top opinions and a range of features. Journalism strengthens democracy. Invest in the future today.
Subscribe to News24
Next on Sport24
Van Niekerk breaks Schoenmaker record to earn world champs spot

Choose your newsletters
Voting Booth
After the opening weekend of URC action, what did you make of the South African struggles?
Please select an option Oops! Something went wrong, please try again later.
It exposed the quality of South African rugby...
38% - 2065 votes
There were positives to take
7% - 362 votes
We shouldn't read too much into one weekend
17% - 899 votes
It will take the SA sides time to adjust to the new competition
38% - 2079 votes
Previous Results
Showmax
The story of a legend: Sir Alex Ferguson