Sates clinches bronze with SA record in Melbourne: 'It was pretty cool' 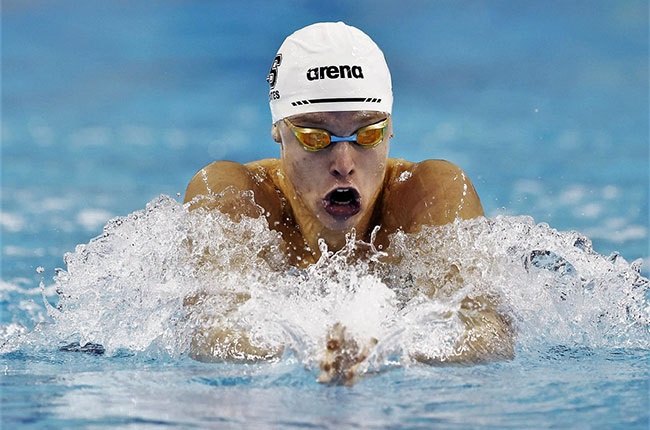 Sates, who has already taken a gold in the 200m individual medley, went out hard before dropping back and holding on for third place.

Sates took the bronze in a new national record time of 3:59.21 - a record previously set by Chad le Clos nine years ago.

"I'm happy with the swim. [Breaking the four-minute mark] was definitely a milestone and a good way to finish off the 400IM races for the year."

Fellow teenager Lara van Niekerk was also in record-breaking form on Saturday. The 19-year-old had shattered her own African record in the 50m breaststroke, touching the wall in 29.27 as Lithuanian Ruta Meilutyte broke the world record (28.37).

"It was quite cool swimming in a world record race, I don’t think a lot of people can say that," said Van Niekerk afterwards.

"There were a few errors, my start wasn't the greatest and I was a bit short on the turn so I think if I can fix those things tomorrow night, it will be a very good race.

"I'm looking forward to the 50 [final] - it's always my most fun race and I'm just happy that I can hopefully end off the gala on a very high note."

Meanwhile, Le Clos ensured he progressed to the final of the 100m butterfly event as the fastest qualifier.

"I was very happy with the 100 fly - 48.9. I think tomorrow is going to be a great race between me and the defending champ Rivolta and Ponti... Hopefully, it'll be a gold tomorrow, but it will be a tight one," said Le Clos, adding a few words for his young teammate.

"A big shoutout to Matthew [Sates] for breaking my record tonight in the 400IM. I’m very, very proud of him, he's a superstar."

We live in a world where facts and fiction get blurred
In times of uncertainty you need journalism you can trust. For 14 free days, you can have access to a world of in-depth analyses, investigative journalism, top opinions and a range of features. Journalism strengthens democracy. Invest in the future today. Thereafter you will be billed R75 per month. You can cancel anytime and if you cancel within 14 days you won't be billed.
Subscribe to News24
Next on Sport
Le Clos smashes African record to take gold in Melbourne