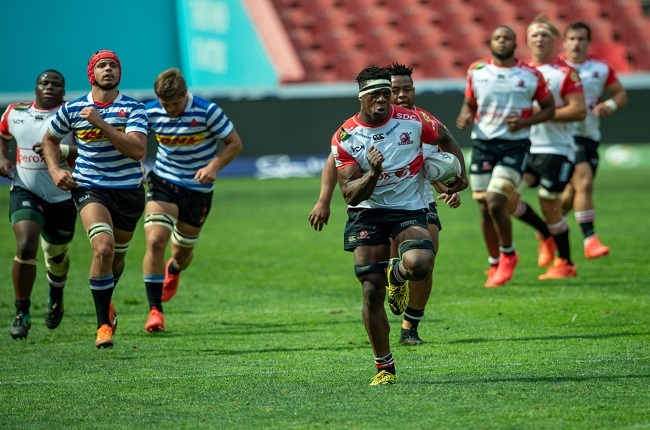 The Lions kick-off the preparation series on Friday evening with a match against the Pumas at Ellis Park (19:00).

It's already become abundantly clear that the four PRO16 franchises in particular will be using the platform to blood some youngsters along with senior squad members who didn't feature prominently in last season's domestic campaign.

The men from Doornfontein are no exception and have also attempted to strike that balance.

In fact, there's a distinct sense that their match squad tilts towards being an inexperienced combination and might find it quite difficult to cope with a Pumas outfit that isn't far from being at full strength.

But Mziwakhe Nkosi, the Lions head coach for the series, isn't remotely fearing that he's throwing his charges into the deep end.

"The Pumas have shown that they're a quality team," he said.

"For a few players in our team, it will definitely be an acid test. But there are some players in our ranks with their own pedigree, Junior Springboks who've already made a name for themselves.

"To be honest, I think the team are evenly matched. I don't believe we're throwing anyone to the wolves."

Here are three youngsters in the starting line-up who can really make an impact from the outset.

The younger brother of senior squad flanker Vince, the 21-year-old has stormed into the Lions XV on the back of a magnificent campaign in last season's Under-21 Championship.

Talented but distinctly raw when he left school, Tshituka transformed himself into a marauding second-rower, who bulked up his already lanky frame to become nothing less than an enforcer in the No 4 jersey.

His work rate and dominance of collisions gave his team-mates a vital platform to launch their varied game from while also providing neat touches as a linking player on attack.

Nkosi, in fact, labelled him as the best lock in the tournament last year, making it only a matter of time before he graduated to senior level.

Signing the former Junior Springbok vice-captain in 2019 was considered a coup for the Lions and the imposing loose forward has done little to dispel that thought.

Possessing the type of physical presence that the Lions need in their loose trio, Horn has intertwined robustness with a wonderful turn of speed to already become a regular face in the senior squad.

He was even considered ready to be exposed to a high stakes environment when he was included on the bench for the Currie Cup semi-final against the Bulls and the Lions will hope he becomes the weapon they're craving for: a more brutal version of Warren Whiteley.

The Lions have set a bit of a new trend with players like Mollentze and senior winger Stean Pienaar: the pocket rocket with some real punch.

Mollentze is definitely not the tallest midfielder to be found in South African rugby, but tips the scales at nearly 100kg, rendering him an ideal candidate to punch holes in an opposition defence.

One of the Junior Springboks' stars in 2019's World Championship campaign, the 21-year-old's vast experience at flyhalf also means that he's a playmaker of note with a decent boot.

The Lions make no secret of the fact that they cherish backs with utility value and Mollentze oozes that quality.

We live in a world where facts and fiction get blurred
In times of uncertainty you need journalism you can trust. For only R75 per month, you have access to a world of in-depth analyses, investigative journalism, top opinions and a range of features. Journalism strengthens democracy. Invest in the future today.
Subscribe to News24
Related Links
Jeremy Ward leads Sharks against Griquas
Bulls unveil new kit, inspired by 1997 win over British Lions
Crusaders kick off Super Rugby Aotearoa with victory over Highlanders
Next on Sport24
Protecting mental health will be key for Gatland's Lions in South Africa