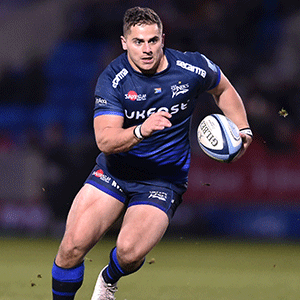 According to the RFU's website, Janse van Rensburg was charged with conduct prejudicial to the interests of the game contrary to RFU Rule 5.12 for signing playing contracts with two Premiership clubs - Gloucester Rugby and Sale Sharks.

Both Janse van Rensburg and Ginvert accepted the charges.

Janse van Rensburg was given a two week suspension, which must be "meaningful matches with Sale" when rugby resumes.

According to the disciplinary hearing, which took place via Zoom on 15 April, Gloucester coach Johan Ackermann was one of the witnesses called up by the RFU.

"As I understood it the general position was that players should tell their franchise that they receive an offer. However, I was not actually sure if any such provision was in Rohan's contract," said Ackermann in his witness statement.

Janse van Rensburg has only made one appearance for the Springboks, making his debut against Wales at the Principality Stadium in 2016.