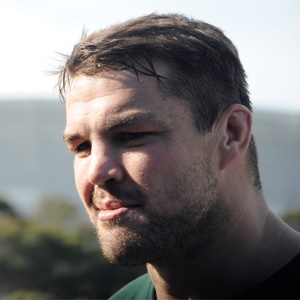 Lyon - Springbok lock Flip Van der Merwe has extended his contract with Clermont by two years until the summer of 2019, the Top 14 giants announced Saturday.

Van der Merwe has become a mainstay of Clermont's pack, having started 23 of the 30 games he's been involved in since joining, and already 10 this season.

We live in a world where facts and fiction get blurred
In times of uncertainty you need journalism you can trust. For only R75 per month, you have access to a world of in-depth analyses, investigative journalism, top opinions and a range of features. Journalism strengthens democracy. Invest in the future today.
Subscribe to News24
Related Links
Haylett-Petty turning down 'good offers' for WC shot
No Toulon deal for Bok wing Hendricks
Lions tour will improve England's depth - Jones
Next on Sport24
Is Manie Libbok the man to solve Stormers' long-standing flyhalf dilemma?