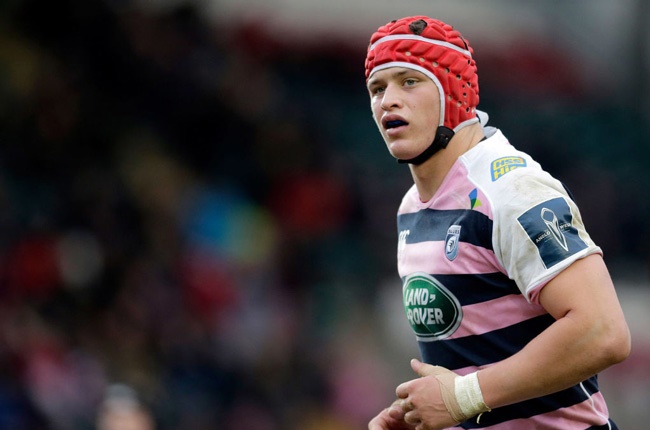 The grandson of England cricket great Ian Botham will be in Wales' starting line-up when they face England in an Autumn Nations Cup rugby union international at Llanelli on Saturday.

Cardiff flanker James Botham, who made his Test debut in last weekend's win over Georgia -- a result that ended a run of six straight defeats for Wales -- retains his place.

But Wales will be without experienced back-row forwards Justin Tipuric and Josh Navidi as they go up against a formidable England pack.

Tipuric suffered a head knock during the 18-0 victory over Georgia and long-term absentee Navidi remains unavailable as he continues his recovery from concussion.

Cardiff-born Botham, who has moved from blindside to openside flanker, is joined in the back-row by Taulupe Faletau and Shane Lewis-Hughes.

Behind the scrum, Cardiff scrum-half Lloyd Williams will make his first Wales start for four years.

Williams, who has won 30 caps, partners Dan Biggar at half-back.

Meanwhile, with centre Jonathan Davies still out with a knee injury, Nick Tompkins and Johnny Williams are Wales' centre duo.

Scarlets centre Williams qualifies for Wales through his father, who is from Rhyl.

Meanwhile captain Alun Wyn Jones returns to the starting line-up, with the veteran lock partnered by Jake Ball in the second row.

We live in a world where facts and fiction get blurred
In times of uncertainty you need journalism you can trust. For only R75 per month, you have access to a world of in-depth analyses, investigative journalism, top opinions and a range of features. Journalism strengthens democracy. Invest in the future today.
Subscribe to News24
Related Links
WP coach: It’s a 'no-brainer' to start Kolisi against Bulls
Jaco Kriel returns for Lions, Jantjies retains captaincy for Currie Cup
England flyhalf Ford starts against Wales
Next on Sport24
Defending champions Crusaders crush Hurricanes with bonus-point win