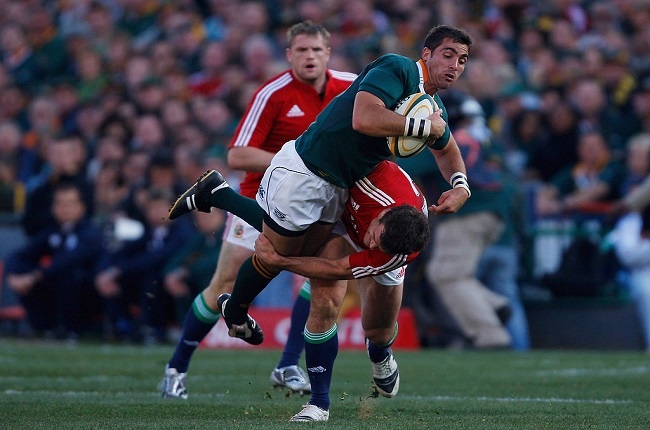 Ruan Pienaar endured a seesawing series for the Boks against the British and Irish Lions in 2009. (Photo by Stu Foster/Getty Images)
Stu Forster

The British & Irish Lions board has reportedly received support from the government to host this year's series against the Springboks in the United Kingdom.

The Times reported on Tuesday that the Lions have accepted that there is "no chance of playing in South Africa as planned" in July and August.

This is due to Covid-19 circumstances in South Africa, which will pose logistical challenges should the tour proceed as initially planned.

"A bid by the British & Irish Lions for financial guarantees from the government for a home series against South Africa has won backing from ministers who think that it could be a uniting force for the United Kingdom now that Scottish independence is back on the political agenda," The Times report stated.

"The treasury had initially poured cold water on the request to underwrite the unprecedented home series in case of fans not being allowed into stadiums this summer. However, there has been a significant shift in favour among members of the cabinet of supporting matches that would be played in England, Scotland and Wales, and possibly Northern Ireland too."

However, despite the report, Lions sources told the Rugby Pass website that "no assurances" have been received yet for financial guarantees. The rugby specialist website added that the Lions submitted a bid for help which is still being considered although they insist that the proposed tour is still on the table.

Meanwhile, Afrikaans newspaper Rapport recently reported that postponing the tour until next year was not an option due to scheduling.

The report added that a fourth Test was also being considered because Sky Sports paid millions for the rights to air eight matches. This could see a South Africa 'A' side also tour to play four midweek matches against the Lions.

The four Tests could take place in London, Cardiff, Edinburgh and Dublin, with crowds expected to be allowed back in the European summer.

Meanwhile, further reports indicated that both teams were considering basing themselves in Jersey, an island in the English Channel between England and France.

The Strive Academy, a multimillion-pound high-performance complex based opposite the Jersey Reds rugby club, is set to finish construction in May. The academy is expected to rival the best facilities anywhere in Europe.

We live in a world where facts and fiction get blurred
In times of uncertainty you need journalism you can trust. For 14 free days, you can have access to a world of in-depth analyses, investigative journalism, top opinions and a range of features. Journalism strengthens democracy. Invest in the future today. Thereafter you will be billed R75 per month. You can cancel anytime and if you cancel within 14 days you won't be billed.
Subscribe to News24
Related Links
Leicester Tigers confirm signings of 3 South African forwards
Fullback Winnaar leads EP Elephants against Lions
Lions' Fred Zeilinga trial shows they're adapting for European future
Next on Sport24
British & Irish Lions to explore potential women's team