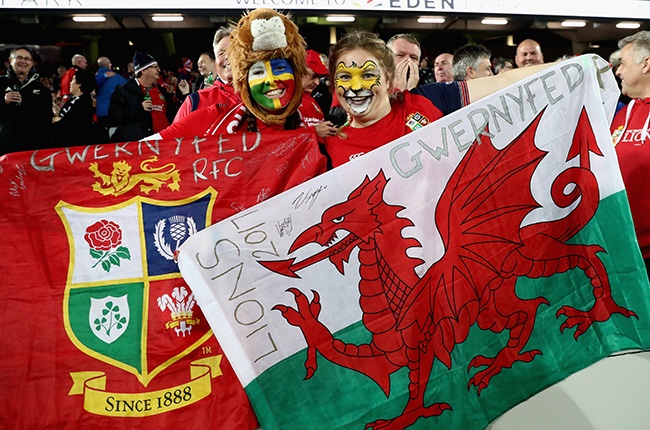 SA Rugby has been lobbying government for months for the right to have fans attend the Springboks’ three test matches against the British & Irish Lions. Photo: Getty

The British & Irish Lions have set up a feasibility group led by former Lions star Ieuan Evans to explore the possibility of setting up a women's team.

Lions tours bring together the best male players from England, Wales, Scotland and Ireland to face New Zealand, Australia and South Africa every four years but there is no women's equivalent.

Evans said the women's game was experiencing "unprecedented growth around the world".

"A women's Lions team is a big opportunity for the women's game, and I am looking forward to working with the steering group to assess its viability," he said in a statement on Tuesday.

Lions managing director Ben Calveley said: "A women's Lions team is a huge opportunity, but there are a number of challenges to consider when looking to create a successful women's set-up.

The British & Irish Lions men's team lost their most recent series 2-1 to the Springboks earlier in the year.

Choose your newsletters
Voting Booth
What are your views on the World Rugby men's Player of the Year nominations for 2021 not including any Springboks?
Please select an option Oops! Something went wrong, please try again later.
It's a disgrace! Both Siya Kolisi AND Eben Etzebeth should have been nominated!
39% - 5638 votes
Siya, at the very least, should have been included after a superb season
7% - 939 votes
Etzebeth has been SA's best player this year and should feel hard done by
21% - 2964 votes
Get over it! Moaning about this just sounds like sour grapes!
33% - 4794 votes
Previous Results
Showmax
The story of a legend: Sir Alex Ferguson