Could the Springboks face the British and Irish Lions in Australia? 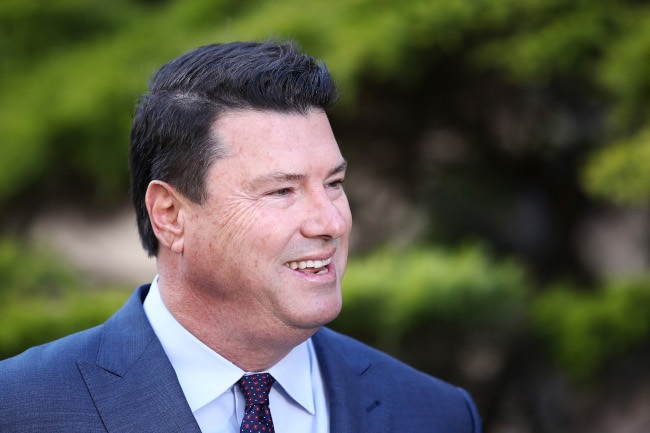 With the British and Irish Lions tour to South Africa set for mid-2021 still up in the air due to the coronavirus pandemic, Australia might be an unlikely venue should it go ahead.

Reports in the Sydney Morning Herald on Sunday say that Rugby Australia has stepped forward and offered to host the series.

Hamish McLennan, Rugby Australia's chairperson has already spoken to SA Rugby's Jurie Roux about the plan and tabled a proposal to both World Rugby and the Rugby Football Union (RFU).

The Lions' tour schedule includes eight games of which three are Test matches against the Springboks.

Should the tour take place in Australia, suggestions are that Australian Super Rugby teams would provide warm up opposition for both sides.

McLennan confirmed that the decision was not in Rugby Australia's hands.

"What we learnt from the Tri-Nations last year and the tennis that’s happening now is that Australia can successfully stage global tournaments in a Covid world.

"It’s particularly tough in the UK and South Africa at the moment and I believe the more international rugby that gets played here, the better.

McLennan believes that the series, should it take place Down Under, would also be beneficial for Australia.

"The more world class rugby that’s played in Australia, the better for the code,” he said.

Rugby Australia would also cover the costs of the tour with the profits then split between South Africa and the RFU.

“We’ll cover our costs but it continues to put rugby front and centre and we’ll be helping our member union friends out along the way," added McLennan.

We live in a world where facts and fiction get blurred
In times of uncertainty you need journalism you can trust. For only R75 per month, you have access to a world of in-depth analyses, investigative journalism, top opinions and a range of features. Journalism strengthens democracy. Invest in the future today.
Subscribe to News24
Related Links
Sharks boss backs 'amazing' Curwin Bosch after Currie Cup final struggles
Milan ready to defend Ibrahimovic against racism
Jake White savours first Currie Cup success in his first Bulls season
Next on Sport24
Elton Jantjies explains reason behind his move to French club Pau