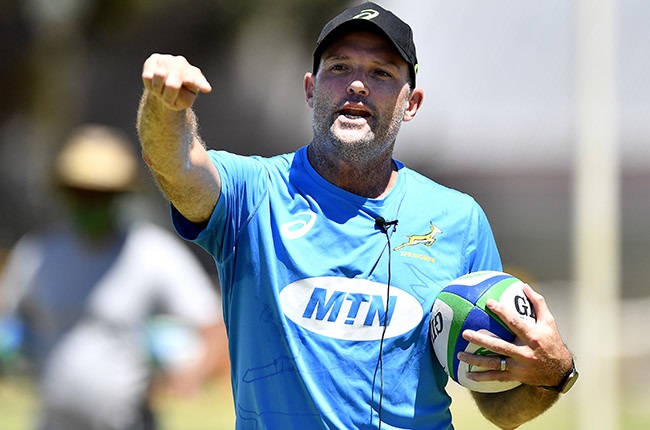 Springbok coach Jacques Nienaber is confident his troops won't fall into the same trap as Australia in 2013 by having invested too much emotionally in last week's victory in the second Test and then becoming flat in the decider.

South Africa indeed had to summon a lot of mental steel in not only dealing with a deflating opening loss but also the fallout from Rassie Erasmus' controversial video, a saga that continues to rumble on.

Unsurprisingly, British & Irish Lions mentor Warren Gatland picked up on the theme earlier this week, noting how the Wallabies showed great resolve to square the series eight years ago in winning the second Test, only to succumb to a 41-16 loss in the third.

But Nienaber believes a key difference is the small matter of the Boks winning 2019's World Cup.

"I definitely agree with Warren if he's saying there's a lot of emotion that's been going into this series. Big matches like this one are straining, it takes a lot of emotional energy out of you," he said.

"It's something we'll have to adapt to as a group. But it applies to the Lions too, they're just as eager to win this series as we are. The advantage with our group is that we've been here before. It helps acknowledging you've felt the butterflies in the stomach before."

Arguably the Springboks' best example of channelling emotion effectively was the last fortnight of the brilliant campaign in Japan.

They first overcame Wales - who's been somewhat of a nemesis for the Boks - in a tight, gritty semi-final which was undeniably their most exhausting assignment of the tournament.

Yet, instead of lowering their guard after that victory, the Boks embraced being considered relative underdogs in the climax against England and played like a team that was neither tired nor burdened by expectations.

"That's how you grow as a team. This is why a game at international level is called a Test. Each international is invariably a specific test of your ability or organisation," said Nienaber.

"Sometimes you fail that test, whatever form it takes. One day, it's a test of your physicality. The other it's your ability to adapt. Another day it's about playing fearlessly.

"Either way, that test you failed or passed previously will be given to you again somewhere in your career.

"I remember how we struggled in 2018 to close out tight games, like the All Blacks at Loftus and England at Twickhenham. It became an exercise of determining what works and what doesn't.

"When we got to that semi-final against Wales at the World Cup, we had to close out the game and we managed to. It's those moments that helps a team grow.

"There will be a lot of emotional energy going into this game. Being here before won't make it easier for us, but we can say we've been here."