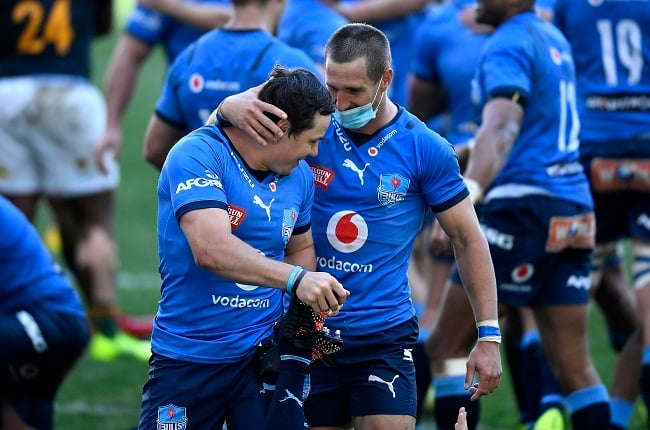 Johan Goosen provided a mouthwatering glimpse of the dramatic impact he could have for the Bulls as he spearheaded his team's dramatic comeback against South Africa 'A' at the Cape Town Stadium on Saturday.

Held scoreless for 65 minutes, Jake White's charges scored all their points at the death to secure a 17-14 victory.

Goosen, who was solid in the first half with some incisive carries and defence as pivot, burst to life with a scything, angled run in midfield before brilliantly passing inside to his equally alert replacement halfback partner Keagan Johannes.

Less than a minute later, the 28-year-old playmaker punctured the SA 'A' defence again and freed up blindsider Muller Uys, who went haring down the middle.

Not content to settle for the draw, the Bulls continued to pile on the pressure and their perseverance paid off when Chris Smith, who came on for Goosen, kicked an outstanding long-range penalty to complete the turnaround.

In the end, it was probably no less than the men from Loftus deserved as they provided the exact kind of resistance that Springbok coach, Jacques Nienaber, would've been hoping for ahead of the Test series against the British & Irish Lions.

The Bulls fronted up to the physical threat posed by the national side, held their own in the scrums and on at least four occasions disrupted their opponents' line-out ball significantly.

In fact, had it not been for some suspect handling, the margin of victory could've been uncomfortably emphatic from a SA 'A' perspective.

Bulls flyhalf Johan Goosen reacts to the their victory against the South Africa 'A' side, playing a crucial role in both tries as he is given the man of the match award. pic.twitter.com/bk22lED4US

Meanwhile, SA 'A' had to be content with their ability to score points off scraps and some familiar uncompromising defence.

Aphelele Fassi established himself as the prime candidate for the Springboks' No 15 jersey if Willie le Roux doesn't recover from a hamstring problem with an excellent showing, the lanky, gifted 22-year-old scored the opening try and was solid in all other departments.

He rounded off well after scrumhalf Cobus Reinach burst through a tackle.

Centre Wandisile Simelane also recovered from being shown a yellow card after a team warning score from a sweeping movement as SA 'A' somehow dominated the scoreboard.

Yet they simply didn't have a solid platform to build from, the scrums in particular provind a major headache.

Given their lack of fluency, it shouldn't have really been surprising that they fell flat once the Bulls launched their match-winning passages of play.