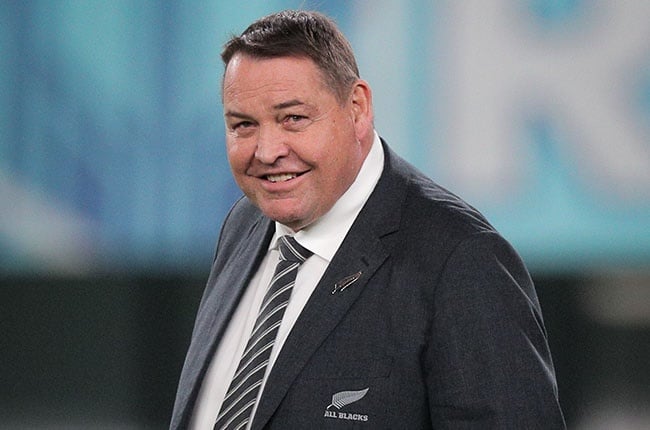 Former All Blacks boss Steve Hansen has criticised the recent series between the Springboks and British and Irish Lions by saying that style of rugby was one nobody wants to watch.

Hansen’s comments follow similar criticism from his successor as New Zealand’s head coach, Ian Foster, who said he struggled to stay awake while watching the first two Tests between the Springboks and Lions in Cape Town last month, while former Wales centre Mark Ring has slammed Warren Gatland’s appointment as the famous touring team’s coach and the game-plan used against the Boks.

"You’ve got two big packs and two coaches who don’t have any faith in what’s going to happen if they throw the ball around, so they just beat each other up," Hansen told Newstalk ZB.

"Let’s slow the ball down, let’s get off our feet, do whatever we can to make sure our defensive line is stable so we can keep battering.

"It’s not a game that anybody wants to watch. Yes, we want a good physical contest, that’s what the game is all about – physicality, speed, using the ball and skill. Could you say we saw that in that series? Of course we didn’t. And it turned a lot of people off.

"All of a sudden, the All Blacks became popular again – 'let’s hope the All Blacks can save rugby'. It’s not about the All Blacks saving rugby, it’s about everyone that’s involved in it taking some ownership and saying ‘right, we need to do something here’."

He also waded into the debate on rugby’s ongoing problem with head knocks and said the solution is to change the game’s antiquated set of laws.

In that letter they claim the professional game "has become unnecessarily dangerous" and called on World Rugby to allow replacements to be made only for injuries to make the sport safer and help prevent the prospect of a player losing his life on the field.

But although Hansen believes the game needs urgent changes, he disagrees with their proposal.

"I don’t agree with Ian in this instance, I don’t think changing the subs is going to help one iota, I think it actually just compounds the problem because you’d have a lot of fatigued players out there," he said. "So for me that’s not the issue.

"The issue that we have in our game at the moment is there is no clear officiating of the rules.

"If you look at the rulebook, it talks about a ruck and it never talks about the breakdown. Breakdown is a word used more often than any other word in the game – there’s not even a rule for a breakdown and we have an old, antiquated law that says two people will bond over the ball and that’ll be a ruck. Well, that never happens in the game."

We live in a world where facts and fiction get blurred
In times of uncertainty you need journalism you can trust. For only R75 per month, you have access to a world of in-depth analyses, investigative journalism, top opinions and a range of features. Journalism strengthens democracy. Invest in the future today.
Subscribe to News24
Next on Sport24
SA Rugby's Mark Alexander mum on Erasmus World Rugby case, denies rift within Sanzaar