All Blacks blow as Coles unlikely to face Lions 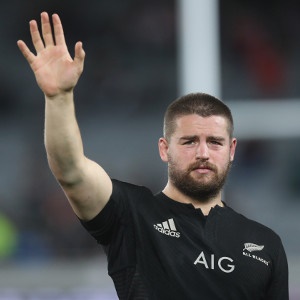 According to the Stuff website, Plumtree said the All Blacks' first-choice hooker, who has been out with concussion since March 18, would not feature for the Hurricanes in Friday's Super Rugby clash against the Chiefs in Wellington.

Plumtree added it was looking highly unlikely Coles would be ready to face the Lions, with the first Test scheduled for June 24 in Auckland.

"He hasn't been able to train hard enough at this stage. It's hard to say whether he'll be available for any of the Tests or the first Test."

Crusaders rake Codie Taylor will likely start for the All Blacks in Coles' absence.

All Blacks coach Steve Hansen will name his 33-man All Blacks squad for the much-anticipated series on Thursday.

The Hurricanes are currently involved in a tussle with the Chiefs for the second spot in the New Zealand Super Rugby conference.

The Hurricanes and Chiefs will duel in a potentially season-defining clash on Friday in Wellington.

A victory for the Hurricanes, who are currently four points ahead of the Chiefs, would secure the defending champions the runners-up spot in New Zealand's ultra-competitive conference, while a win for the Chiefs will see the battle go down to the final round.

The Hurricanes finish their season against the unbeaten Crusaders on Saturday, July 15, also at their Westpac Stadium home, while the Chiefs welcome the Brumbies to Hamilton in their finale earlier the same day (07:15 SA time).