Cheetahs boss: SA rugby has a future up north Johannesburg - This time last year, the Cheetahs and the Southern Kings were the poor cousins of South African rugby, facing Super Rugby relegation and destined for the northern hemisphere cold in PRO14 rugby.

A year later, the Super Rugby franchises - their lot depressingly familiar to last year - would kill to be in the Kings and the Cheetahs’ shoes, if Lions president Kevin de Klerk’s recent utterings about looking north are anything to go by.

As if that wasn’t enough, Cheetahs managing director Harold Verster, whose team capped their debut season by going as far as the semi-finals qualifier against the Scarlets last weekend, has done little to convince them that they are wrong to be envious, telling them life most definitely is better up north.

“The PRO14 overlaps with the Currie Cup and we don’t have our home derbies like we did in Super Rugby,” said Verster. “We miss our derbies, but not the travel and, for some reason, their culture of rugby is similar to ours - I’ve made more friends in a season than I ever did in Super Rugby.

“But I must say, it’s a fantastic competition to be involved in.”

Being involved in the PRO14 - which pays the same as Super Rugby - may not have brought bigger crowds or off-the-charts ratings when it comes to broadcasting, but, Verster said, it is a competition with great prospects for the teams, the players, sponsors and the supporters.

Verster said that, for the Cheetahs and the Kings to be in line for the top tier European rugby competition, SA Rugby had to be a full partner of the PRO14, something he said would pave the way for his team to be involved as early as a year or two from now.

Not that there haven’t been hiccups in the Cheetahs and the Kings’ maiden PRO14 campaign, especially the fact that the latter won only one of their 21 games.

“There is a little concern over the Kings, but they will get better once they’ve been able to prepare to start the season,” he said.

The sparse crowds watching games that are sometimes played during the off-season - December and January - had given Verster et al a lot of homework, not only for next season, but also to overhaul their business model to suit their new circumstances.

“We’ve just done a business review to look at our business going forward,” he said.

“There are lots of changes we need to make to our business. We need to think about playing in smaller stadiums because they play in 10 000 - to 15 000-seater stadiums; we play in 50 000-seaters and it looks empty. But if we go smaller, the vibe will be great.

“We need to promote and market the competition because too many of our people don’t even know who Benetton or some of these teams we play against are. We’re also thinking of changing our season tickets to a combined package deal (Currie Cup and PRO14), where our season ticket holders can tour with the team to Ireland and we can have party areas for kids.

“We’re now focusing on a new generation of rugby fans, not just black fans, but white and brown ones, too. These young kids and young workers want stadium Wi-Fi and a party, and social integration is very important to them - we’ve got four to 500 of them, we want to grow them to about 5 000.”

But the immediate perks have also been pretty rewarding: the Cheetahs’ sponsors were pretty happy with their exposure in Europe and no less than four players - Clayton Blommetjies and Uzair Cassiem (Scarlets), Francois Venter (Worcester) and Tom Botha (Ospreys) - were sold.

“We got Clayton from Varsity Cup and now we’ve sold him for millions. And the sponsors we’re looking to bring on board pay in pounds.”

With PRO14 thinking about expanding to 16 teams (Griquas and Pumas could get the nod in their new guise as franchises), Verster said the future was definitely up north.

“There’s a future for South African rugby in the northern hemisphere, and it doesn’t have to be the Super Rugby sides. It’s a brilliant strategic move by (SA Rugby chief executive) Jurie Roux. This is an investment that will pay off in about three years.”

We live in a world where facts and fiction get blurred
In times of uncertainty you need journalism you can trust. For only R75 per month, you have access to a world of in-depth analyses, investigative journalism, top opinions and a range of features. Journalism strengthens democracy. Invest in the future today.
Subscribe to News24
Related Links
WRAP: Super Rugby - Week 13
Depleted Chiefs knock over Stormers at Newlands
Lions set for 'rethink' upon return to SA
Next on Sport24
Siya Kolisi praises Stormers' never-say-die attitude after Pumas escape 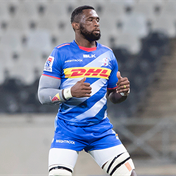