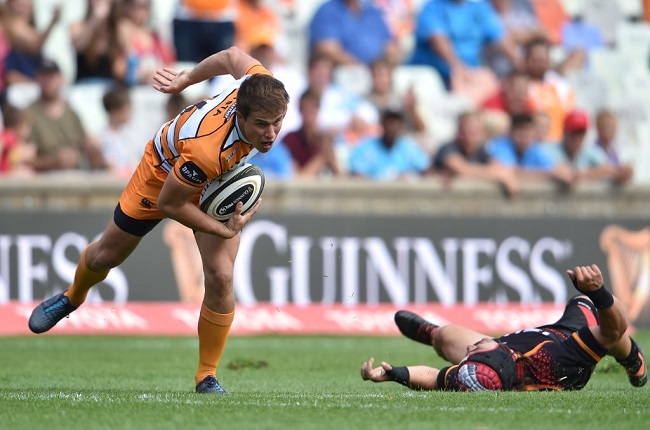 Cheetahs utility back William Small-Smith has called it a day after a professional rugby career spanning a decade.

After sustaining an injury during a Currie Cup match against the Sharks in December 2020, the 29-year-old has been medically advised to retire.

In February, Sport24 reported that Small-Smith was in Johannesburg undergoing rehabilitation for concussion.

There he spent time with Dr John Patricios and was hoping to return to the playing field with the Cheetahs, for whom he was contracted to until the end of October 2022.

But the midfielder released a statement on Friday, explaining his decision to call it a day.

"I have been a Cheetah from a very young age. It has been my privilege to represent them on and off the field. Together with a group of friends, I have been fighting for a cause greater than myself. This was my daily labour and I have loved every minute of it! "Thus, it is with great sadness, that because of medical reasons, the time has come for me to put an end to my rugby career.

"Every time you take the field, a player accepts a normal amount of risk. If you do not have peace with that risk, you hesitate or doubt, chances are that you may be a second too slow or one action too late.

"My goal was always to win the respect of my team members and to ensure they know that I have their backs. I cannot with a good conscience return to the rugby field and deliver the performance I would like too. That risk for me has just grown too big, taking into consideration my long-term health and the well-being of my family.

"I have been fortunate enough to work with leaders in the field of concussion, Dr Patricios, Mrs Brink and Mrs de Jong, and they have helped me recover to the extent that I will not suffer further symptoms going forward. Nevertheless, rugby is a contact sport, and my ability to take contact and put my body on the line as any team member does, would put me at a high risk of permanent injury.

"I would like to thank the Cheetahs management, their medical team, coach Hawies (Fourie) and his fellow coaches and all the players. Every day I laced up my boots and ran onto the field with you guys was an honour and I will forever keep it close to my heart. It was about how we did it and with whom we did it that made the game worthwhile. Rugby was the vehicle that gave us a united cause.

"My fondest memories are about the people I shared this journey with, and to every one of you that played a part in my rugby career, I am truly grateful. I will continue to wear my Toyota Cheetah badge daily, but now as a supporter and lifelong friend."

Small-Smith was schooled at Grey College in Bloemfontein but started his professional career at the Bulls in 2011, before moving to the Cheetahs in 2016.

The Cheetahs said in a statement that he made 91 appearances for the union (25 Currie Cup, 5 Super Rugby Unlocked, 47 PRO14 and 14 Super Rugby games).

"William was one of the senior statesmen in the Cheetahs side. He is a leader of men and had a natural feel for the game. He had a great influence on the team and on behalf of Free State Rugby, we thank him for his loyalty. We wish him and his family only the very best for the future," the Cheetahs coach said.