I am hardly alone among domestic rugby scribes in ruefully recalling the number of times over the last couple of decades in which I have had to pen stories around the pending “extinction” (or very nearly that) of the Currie Cup.

Just as often, thank goodness, we end up marvelling instead over how incredibly tenacious a beast it is, despite the best attempts to shove it off into the margins of rugby priorities.

Even if unintentionally - and “thanks” to the ravages of the coronavirus - the likelihood is increasing, I believe, that the tradition-steeped domestic competition may find 2020 something a rebalancing godsend to it.

The reason? Well, the way things are going, the Currie Cup may just prove the country’s merciful release from rugby darkness this year.

Nowadays banished to a pretty late-season start, as Super Rugby and Test matches usually monopolise the earlier limelight, what price the Currie Cup instead getting the (South African) ball rolling on our beloved sport again after what could be several months of prime-time dormancy?

Think about it: both Super Rugby, or what’s left of it, and the Springboks’ July inbound Test fixtures (Scotland series, plus Georgia) look seriously imperilled at this stage by the global crisis.

By extension the 2020 Rugby Championship, with its need for travel involving three continents and considering the different degrees of lockdowns affecting each, hardly looks a certain starter in early August, does it?

My own, mounting suspicion is that domestic rugby (read: a possibly springtime Currie Cup) may instead signal our country’s return to rugby arms, if you like, given that we wouldn’t be needing to sing from the same travel-policy song-sheet as other nations for its activation.

Likely to be held over a single round again this season, it could simultaneously serve as the pathway back to match sharpness for a great many home-based current or aspiring Boks, on the assumption that Tests kick in again at some point not too long afterwards.

The presence of some bigger-name players than expected, plus the sheer excitement of seeing live rugby again after a long absence - if Currie Cup DOES end up leading the way out, of course - would be a formidable tonic for the old beast.

One thing, at very least, we were reminded of from last year’s showpiece match between the Cheetahs and Lions in Bloemfontein - a 31-28 humdinger edged out by the hosts - was that Currie Cup still matters a lot, to enough people.

Accidentally bigger and better in 2020? I wouldn’t bet against it.

We live in a world where facts and fiction get blurred
In times of uncertainty you need journalism you can trust. For only R75 per month, you have access to a world of in-depth analyses, investigative journalism, top opinions and a range of features. Journalism strengthens democracy. Invest in the future today.
Subscribe to News24
Related Links
White wants to lure Stormers star Willemse to Bulls - report
Crusaders players caught breaking lockdown rules
20 quickfire questions with ... Butch James
Next on Sport24
Hammer blow for WP, Boks as Gelant suffers major knee injury 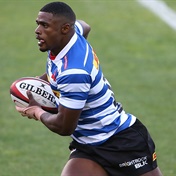