Jake White has adopted the proverbial glass half-full view on the Bulls having to wait until Tuesday to finalise their match-23 for Wednesday's Currie Cup meeting with the Lions at Loftus.

A few outstanding Covid-19 test results is the overriding reason for the delay.

Nonetheless, the extended squad announced on Monday did reveal a few positive developments following three weeks of patchy training due to a virus outbreak in the squad, notably the potential return of Springbok loosehead Lizo Gqoboka and gifted 21-year-old flanker Elrigh Louw.

Tireless skipper Duane Vermeulen has also been afforded a break after playing extensively for the majority of local rugby's belated domestic campaign.

"Sometimes you can look at the glass as either being half-full or half-empty," said White.

"We definitely have a couple of guys back and that's great."

But there is a caveat.

"One thing I've learnt as a coach over the years is that you never going to have the 'ideal team' playing for you. On paper, you'll always have the idea that you'll have this guy and that guy playing in unison," said the Bulls' director of rugby.

"At the Springbok it was a merry-go-round. You'd have Schalk Burger injured, then Bakkies Botha would be unavailable and just when Schalk returns someone like Butch James would be missing. When he's back, you wouldn't have Fourie du Preez.

"Every team has experienced that and understands it." 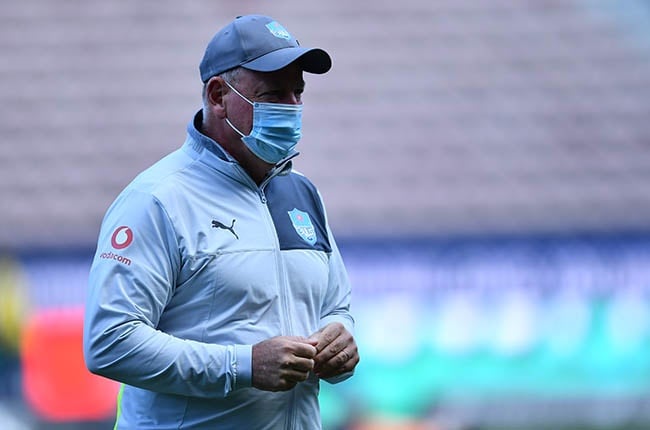 The pandemic has merely made that already rarely attainable objective border on mythical now.

"I know what my ideal team is, but with Covid there's even less of a chance of that happening," said White.

"I can plan for next Saturday's (semifinal) against a certain opposition with certain combinations. It can happen that you don't risk certain players from a rugby point of view and then the next week they test positive for the virus because they came together for a braai.

"And then you're back to square one anyway. We need games like (Wednesday's) one to test different combinations. I'd like to see how we're developing going into the rest of the year."

Tinkering would indeed seem to be the way White will have to go as the Currie Cup approaches its business end, especially now that circumstances dictate they play three matches in 10 days.

"The disruption is obvious, but it's been the same for everyone," said White.

"There's a lot of thought that's going into this behind the scenes. Do we go flat-out? What happens if we play the same players this week and they don't make next week's playoffs?

"What if I put all my eggs in one basket and three guys test positive next week? The team changes anyway. You're back to square one. It's all about adapting."

We live in a world where facts and fiction get blurred
In times of uncertainty you need journalism you can trust. For only R75 per month, you have access to a world of in-depth analyses, investigative journalism, top opinions and a range of features. Journalism strengthens democracy. Invest in the future today.
Subscribe to News24
Related Links
Springboks the biggest losers if Frans Steyn left in limbo
RFU expect 2021 Six Nations to go ahead as planned despite virus
Van der Merwe joins Scotland exodus to English Premiership
Next on Sport24
How Joey Mongalo got a career turbochharge as part of Jake White’s all-conquering Bulls