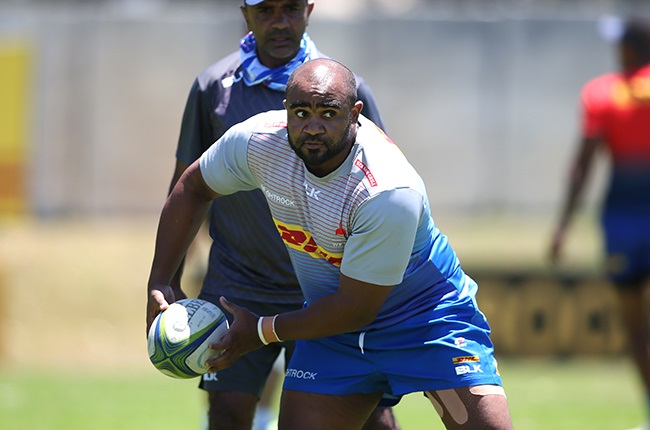 Western Province are without Springbok prop Steven Kitshoff for their Currie Cup semi-final against the Sharks on Saturday, but coach John Dobson is "comforted" by the inclusion of Ali Vermaak in his starting XV.

Now 31-years-old, Vermaak has been a mainstay at the union for the best part of a decade, and Dobson has seen enough during that time to believe that he is "one of the most underrated players in South Africa".

A World Cup winner and a player who Dobson has described as one of the most important players at WP, Kitshoff's absence will certainly be felt.

Not only is the 'Spicy Plum', as he is affectionately known, a monster scrummager, but his work off the ball on defence and at the breakdown has been massive for the Capetonians throughout their 2020/21 Currie Cup campaign.

Kitshoff also brings significant leadership to the field and he has deputised as skipper this season when regular captain Siya Kolisi, back in the team this weekend, has been unavailable.

Kitshoff is understood to have been ruled out due to coronavirus safety protocols and he will certainly be back if WP progress to the tournament final, but on Saturday all eyes will be on Vermaak to fill that void.

"I'm really excited that he gets that opportunity," Dobson said of Vermaak.

"It's been statistically proven that Kitshy (Kitshoff) has been absolutely outstanding this campaign. He stood in for Siya and is definitely one of our most important players. It is a blow.

"But I'm comforted by Ali Vermaak enormously. We've got a long relationship and I think he was unlucky not a to be a Springbok a couple of years ago. To my mind, he is one of the most underrated props in South Africa.

"I've got 10 years of working with him and to have Ali come in for Steve is brilliant, even though it is a blow for us."

While the semi-finals being postponed by a week allowed WP the time to make a few more players available, including Kolisi, they are still without a number of important players.

"It's a reflection of the quality of the squad that we can put out a team like this, excluding two World Cup winning forwards in Pieter-Steph du Toit and Steven Kitshoff and two x-factor backs in Seabelo Senatla and Warrick Gelant," Dobson said.

"I would have given Ali an opportunity of we had played the league game against the Sharks because he is outstanding and needed an opportunity, but this is a semi-final so obviously losing him (Kitshoff) is a blow."

The Stormers last met the Sharks in Durban all the way back in March before Super Rugby was suspended. They lost that match 24-14, but since that two fixtures between the sides - one in Super Rugby Unlocked and one in the Currie Cup - were scrapped due to Covid-19.

We live in a world where facts and fiction get blurred
In times of uncertainty you need journalism you can trust. For only R75 per month, you have access to a world of in-depth analyses, investigative journalism, top opinions and a range of features. Journalism strengthens democracy. Invest in the future today.
Subscribe to News24
Related Links
Covid-cleared Sharks boosted by presence of Bok tighthead Du Toit
WEEKEND TEAMS | Currie Cup semi-finals
Kolisi back to lead WP in Currie Cup semi-final, Kitshoff ruled out
Next on Sport24
How Joey Mongalo got a career turbochharge as part of Jake White’s all-conquering Bulls