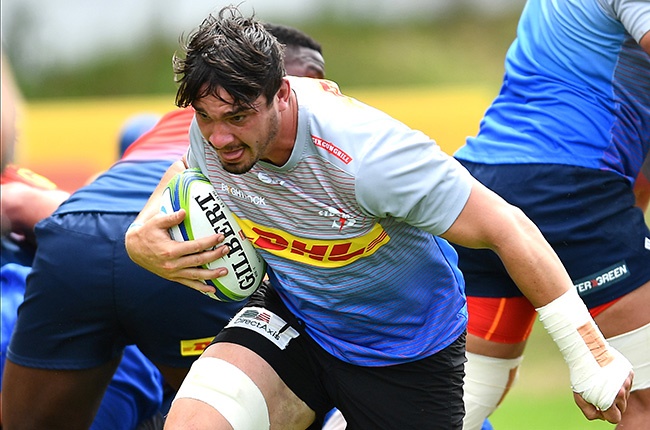 Jaco Coetzee during a Stormers training session at the High Performance Centre in Bellville on 27 October 2020.
Ashley Vlotman/Gallo Images

Coetzee is being likened by many as a similar player to former Springbok flank Francois Louw, who retired at the end of the 2019/20 campaign after almost a decade playing for Bath.

The former SA Schools star is being tipped by many pundits as a future Springbok.

We live in a world where facts and fiction get blurred
In times of uncertainty you need journalism you can trust. For only R75 per month, you have access to a world of in-depth analyses, investigative journalism, top opinions and a range of features. Journalism strengthens democracy. Invest in the future today.
Subscribe to News24
Related Links
Curwin Bosch: Sharks' super-confident showpiece 'cannon'
Cancer survivor cracks nod in Blitzboks squad for Spain trip
Sharks CEO weighs in on Currie Cup quality debate: Some context is needed
Next on Sport24
How Joey Mongalo got a career turbochharge as part of Jake White’s all-conquering Bulls