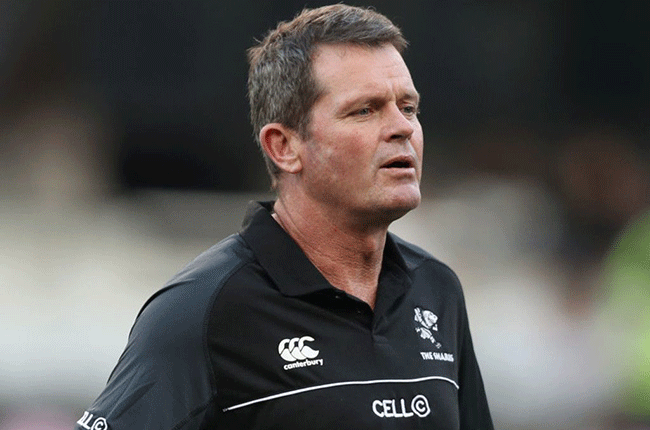 Sharks coach Sean Everitt said they were confident of showing up with a full-strength team for the Currie Cup semi-final against Western Province at Newlands next weekend.

The Sharks have been ravaged by Covid-19 interruptions, which necessitated their last round robin match against Province to be called off.

SA Rugby went a step further and granted the Durbanites an extra week’s grace by moving the semi-finals and final back by a week, from 16 January to 23 January and 30 January, respectively.

But, at this desperately late stage, any team that fails to have a Covid-free match day squad will forfeit their match.

"I’m extremely confident that we will have a full-strength team for the semi-final," said Everitt.

"The players have really tried hard in isolating themselves at home and I believe the Bulls, Province and Lions have been in the same boat.

"No one wants to lose that opportunity of playing in a semi and possibly a final.

"We can only control what we control and, as we stand now, we’ll have a full team to select from next week."

Everitt expounded on the Covid matter that wreaked havoc with his side’s momentum.

Before they were due to play WP, the Sharks had beaten Griquas convincingly at Kings Park and were looking to carry that forward into the business end of the competition.

By the time they face Province next weekend, however, 21 days would have lapsed since that 47-19 victory.

"We had a good week of training but, obviously, we had some guys that returned to training late this week because of Covid protocols," said Everitt.

"It affects their return to play: if you’re a contact [case] you can return to pay immediately but if you tested positive then there’s a return to play process.

"We did have a number of players that tested positive last week, so some of them will only return tomorrow (Friday) and Saturday.

"The rest of the guys have resumed training, so we are in a pretty good space at the moment."

The coach said the sharpness of players who contracted the deadly virus after their recovery varied from player to player.

"It varies from player to player and the severity of the Covid symptoms they had," he said.

"Generally, the return to play protocols in place give the guys five days to return to full training, which helps quite a lot.

"Guys with mild symptoms are able to return to full fitness a lot quicker.

"You can be out from 10 to 21 days and the longer you’re out, the longer it will take for you to get back to full fitness.

"We don’t have anyone who has been ruled out at the moment but we will have testing again on Monday."

We live in a world where facts and fiction get blurred
In times of uncertainty you need journalism you can trust. For 14 free days, you can have access to a world of in-depth analyses, investigative journalism, top opinions and a range of features. Journalism strengthens democracy. Invest in the future today. Thereafter you will be billed R75 per month. You can cancel anytime and if you cancel within 14 days you won't be billed.
Subscribe to News24
Related Links
Frans Steyn, Steven Kitshoff dominate Currie Cup stats
GREAT DEBATE | Currie Cup 'Covid bye': Needed breather or momentum breaker?
Iffy laws, timing and win at all costs: An insider's view on SA's mediocre rugby season
Next on Sport24
Ruan Pienaar, at 38, stays a freak of nature