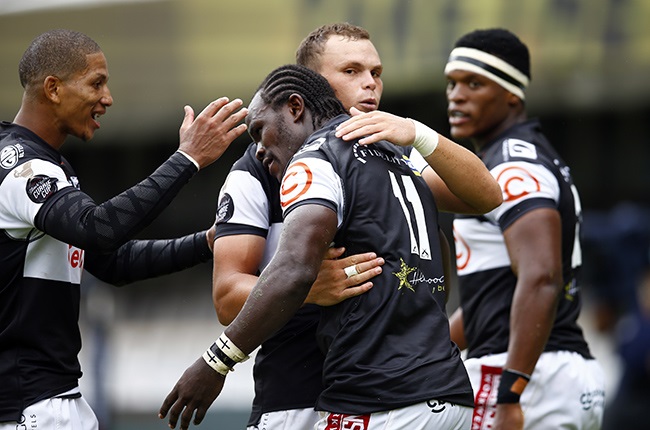 The Sharks on Friday announced a new global partnership with the internationally acclaimed agency, Roc Nation.

The Durban franchise announced on its official website that the "partnership will ensure the strength and growth of the Sharks as an international sporting brand of choice".

Roc Nation is one of the world’s leading entertainment companies, forming a unique and tangible partnership with the Sharks driven by innovation, community, and integrity.

A statement from the Sharks read: "With a strong culture of inclusivity underpinned by diversity, The Sharks have stood at the forefront of creating opportunities since the franchise was established in 1995, sharing strong values with those of minority-owned company Roc Nation.

"Both brands are built on a strong notion of family and entertainment, the partnership has been designed to reward, excite, and challenge the norm, reaching new audiences via purpose-driven initiatives and creative community-facing activation.

"The ambitions of the Sharks to dominate rugby as a sport as well as placing the brand at the forefront of rugby globally will be aided greatly through the partnership with Roc Nation, a relationship that will add value to current and future commercial partnerships through innovative activation and global amplification."

This announcement follows the news earlier in the month that American company MVM Holdings had acquired a 51% controlling share in the Sharks, with co-CEO of Roc Nation Unified, Michael Yormark, forming part of the consortium.

Roc Nation also has Springboks Siya Kolisi and Cheslin Kolbe as its clients.

Sharks CEO Eduard Coetzee commented: "Roc Nation is an internationally renowned brand and we are delighted to welcome them to The Sharks family.

"With their expertise and relationships in the international market, our vision of taking the Sharks brand to the world is very much on track. Working together with our team at the Sharks, Roc Nation will assist in growing our fan base in new territories and will ensure that our approach will always be of an international standard. We look forward to the sharing of minds, a bold approach and the creativity that this partnership will produce, that will position our brand as the leading brand in world rugby."

Commenting on the exciting alliance between the two business entities, Yormark said: "Roc Nation is thrilled to embark on this unique partnership with The Sharks, supporting Ed and his first-class management team to position the club as the premium rugby club in South Africa and around the world. Leveraging our subject-matter experts across our International offices we are confident that the Sharks will be the envy of the rugby world, attracting top players from around the world.

"Success in this partnership is not just accomplishment on-field, but how we build upon the business structure to guarantee long-term sustainable success."

We live in a world where facts and fiction get blurred
In times of uncertainty you need journalism you can trust. For only R75 per month, you have access to a world of in-depth analyses, investigative journalism, top opinions and a range of features. Journalism strengthens democracy. Invest in the future today.
Subscribe to News24
Related Links
Bulls v Lions in Currie Cup playoffs: A tale of blue and more blue against toothless Lions
Gqoboka, Jacobs selections reinforces Jake's plan to marry pedigree and promise
WP v Sharks: A torrent of water beneath the bridge
Next on Sport24
How Joey Mongalo got a career turbochharge as part of Jake White’s all-conquering Bulls