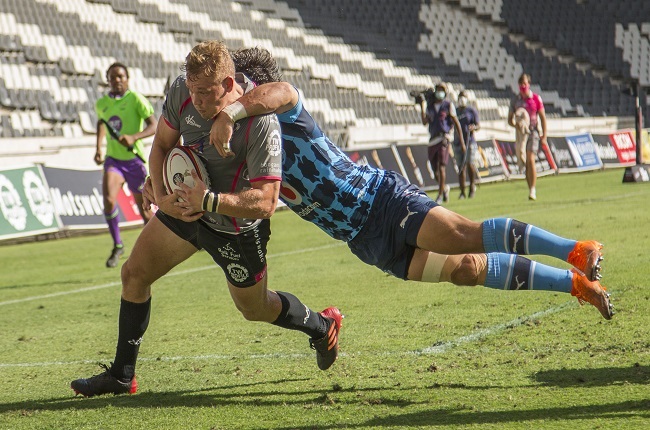 A distinctly proud Jimmy Stonehouse hopes that his Pumas troops' sterling 44-14 victory over the Bulls in Currie Cup dead rubber on Sunday has done enough to convince SA Rugby of including them in a Franchise Cup competition scheduled for February.

Reports have claimed that the local governing body has created the tournament - slated to feature the four PRO16 franchises as well as the Cheetahs - as a way for Springbok coach Jacques Nienaber to keep his top players match fit for the coming international season.

However, with the SA Cup - the qualifying mechanism for next season's Currie Cup - likely to be scrapped due to Covid-related logistical challenges, calls are reportedly growing for the Franchise Cup to be expanded to eight teams.

By finishing a comfortable sixth and performing far more competitively than some results suggested, the Pumas have certainly made their mark.

"Depth is continually a bit of a problem for a team like us," Stonehouse said afterwards.

"When injuries strike, things become tight for us and that's why it's difficult to play in a (domestic campaign) like this one. But we really stepped up this season and I hope SA Rugby has taken note of it.

"I really hope we'll be part of the Franchise Cup that starts in five weeks' time."

A six tries to two drubbing was indicative of the Lowvelders' dominance on the day and while it will be pointed out that there was little riding on the match, the youthful Bulls had still more than enough stalwarts in their match-23 not to shrink the significance of their hosts achievement.

"People will say we played against a weakened Bulls team, but they still had 14 players from the game against the Lions present," said Stonehouse.

"Four of them were guys who've basically played in the whole campaign to date. I'm very proud of this victory.

"If you look at the Bulls' structures, they've won the Under-21 provincial championship two years in a row. So the youngsters they have are excellent prospects.

"We played some really good rugby, whatever the Bulls opposition we faced. Every Bulls team is a strong one."

Meanwhile, Jake White, the Bulls' director of rugby, admitted that the loss stung though he was hardly despondent.

"The most important things is that we had no injuries. I was always worried that we might lose one or two guys," he said.

"No one likes to lose. It was always going to be tough when we only had one training session because of the midweek game against the Lions.

"The second half ended 10-7 after we conceded 30 points so quickly, which was positive, but give the Pumas their due. They've been very good this season and were even unlucky with a few of the results that went against them."

We live in a world where facts and fiction get blurred
In times of uncertainty you need journalism you can trust. For only R75 per month, you have access to a world of in-depth analyses, investigative journalism, top opinions and a range of features. Journalism strengthens democracy. Invest in the future today.
Subscribe to News24
Next on Sport24
How Joey Mongalo got a career turbochharge as part of Jake White’s all-conquering Bulls